North Korea, Democratic People’s Republic of Korea, State of East Asia; 120 540 km2, 25.5 million residents (2019).North Korea lies between the Yellow Sea to the west and the Japanese Sea to the east. It occupies about 55 percent of the Korean Peninsula and is separated from South Korea by a 4 km wide demilitarized zone. In the north, the highest parts of the Changbai Mountains, the Yalu River and the Tumen River form a natural border with China, and along lower Tumen, North Korea has a short border with the Russian Federation in the northeast. The capital is Pyongyang (3.4 million residents, 2012).

North Korea is highland and mountainous, especially in the north and east. To the south extends the Nangnimber Mountains, which continues into South Korea. The western part of the country is partly smooth and rolling country and has a heavily fragmented coast with a large number of islands facing the Gulf of Korea to the west. The country has a monsoon-influenced, temperate climate. The rainfall is most abundant during the summer.

North Korea is a Socialist People’s Republic with the Communist Party (Korean Workers’ Party) as the leading political force. Although a parliament, the People’s Assembly, exists, the real power lies with the Communist Party. Kim Il Sung formulated the so-called juche ideology, a development and application of Marxism-Leninism to the conditions in North Korea. Since 1972, this has been enshrined in the Constitution as a leading political ideology. North Korea was formed in 1948.

The country is one of the world’s most centrally planned states. Business is characterized by a large, heavy industry and an outdated and inefficient agriculture. Recurring floods since the 1990s followed by severe drought in 2006 mean that the country has suffered from food shortages for many years. 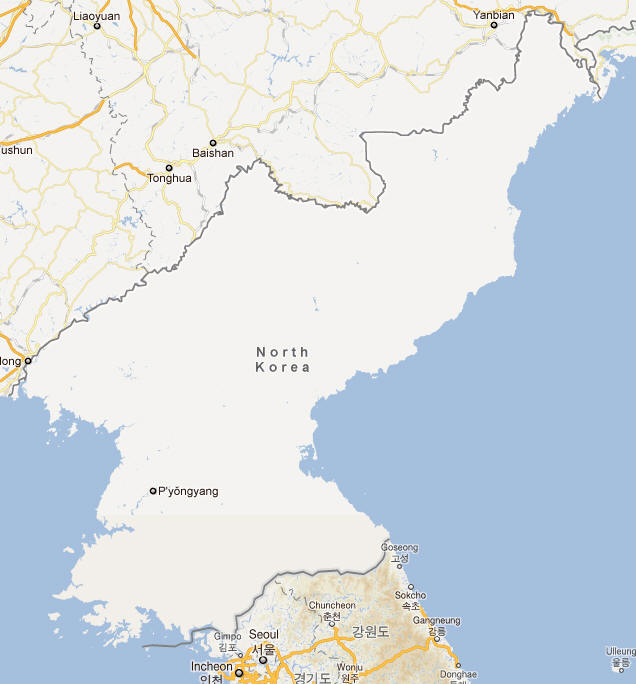