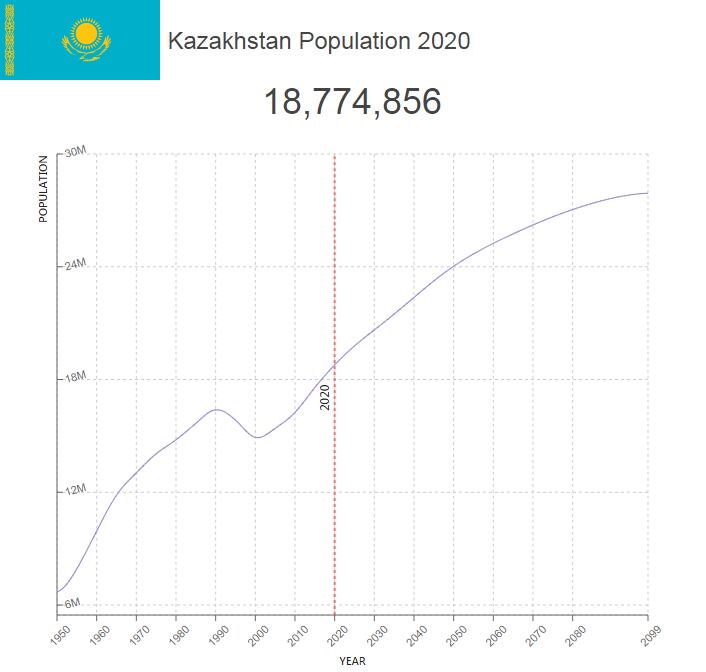 Kazakhstan is the strongest economy in Central Asia. However, the country is struggling with major environmental problems from the Soviet era, and with an autocratic system where the president sits for life. 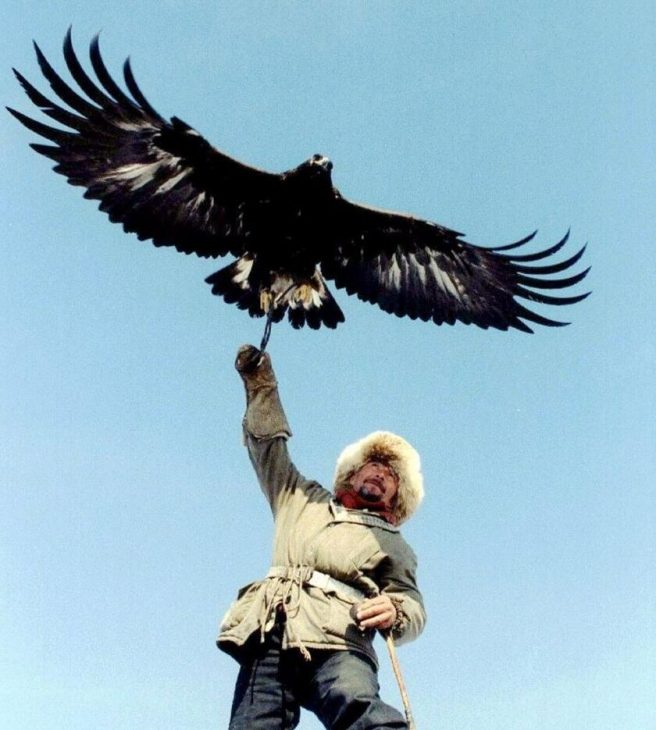 In 1939, 60% of the republic’s residents were Kazakhs, a Turkish-speaking people with strong Muslim traditions. The proportion of Kazakhs has subsequently declined sharply and in 1989 was down to 39.7% of the total population, but has since increased again and in 2008 was estimated at 53.4% ​​of the population. Russians made up 37.8% of the population in 1989, but in 2008 it was estimated at 30%. Otherwise Ukrainians, Tatars, Uzbeks and Germans. The Russians and Ukrainians live especially in the agricultural regions of the north, which were cultivated in the late 1950s.

Population of Kazakhstan by Year (Historical)

Major Cities in Kazakhstan by Population

Islam is the majority religion (Sunni Islam), but there are also Russian Orthodox Christians, a few Protestants and non-religious. The country was Islamized by the Kazan Tatars towards the end of the 18th century, on the orders of Catherine the Great; the aim was to civilize and thereby gain control of opposition nomadic tribes. Since independence in 1991, there has been a great deal of Muslim activity; many mosques and religious schools have been opened, several funded from Saudi Arabia, Turkey and Egypt. After 1993, young men are sent to Turkey for religious education.

The official language is Kazakh, a Turkish language written with the Cyrillic alphabet. Since independence in 1991, efforts have been made to introduce the Latin alphabet. In 1989, the Kazakh language was approximately 40% of the population, while the Russian-speaking proportion of the population was approximately 38%. The nationalization process of the 1990s has probably strengthened the position of the Kazakh language. In addition, there are population groups with German (about 6%), Ukrainian (about 5%) as well as neighboring languages Uzbek, Tatar and Uyghur as their mother tongue.