Kazakhstan, a state located between the Caspian Sea and the Altai Mountains; 2.7 million km2, 18.3 million residents (2019).Kazakhstan borders in the north to the Russian Federation, in the east to China and in the south to Kyrgyzstan, Uzbekistan and Turkmenistan. Following a declaration of sovereignty on October 25, 1990, Kazakhstan proclaimed itself an independent state under the name of the Republic of Kazakhstan on December 16, 1991. In the same year, Kazakhstan joined the CIS. The capital is Nur-Sultan (1 million residents, 2018).

Kazakhstan is dominated by large plains in the south. Like the Turan lowlands with Lake Aral in the center, these plains are old seabed. The eastern part of Lake Balchasj is a highland, and the border regions in the southeast to Kyrgyzstan and in the east to China are mountainous. Most of Kazakhstan has a pronounced continental climate.

The current constitution provides for a parliament with two chambers: the Senate and the Assembly. The latter is elected in general elections for five years. According to the constitution, the president is elected for five years, but Nazarbayev has, through legislative changes, succeeded in extending his term of office.

During the Soviet period, Kazakhstan’s business was governed by the Soviet Union’s central planning, and by virtue of its rich natural resources, the country was primarily a commodity producer. Kazakhstan has abundant deposits of fossil fuels and minerals. large oil and gas assets, while the country’s industry is outdated and poorly developed. Animal breeding, which is the traditional industry, still has some significance, but the oil and gas industry is now the basis of the economy. More recently, the country has also attracted many foreign investments. 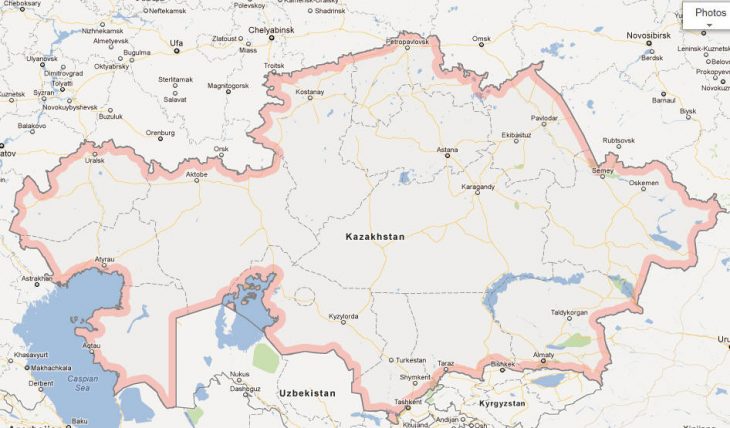