Astana, the capital of Kazakhstan, about 200 km northwest of Karaganda. The official population for 2017 was 1,029,556. The city is a transport hub in an important cereal growing district, and has a lot of agricultural industry.

The town was named 1961 Akmolinsk, then Tselinograd. It is also known as Akmola or Aqmola. The city got its present name in 1998, when it took over as the capital of Almaty (formerly Alma-Ata).

Expo 2017 was organized in Astana under the theme of “future energy”. 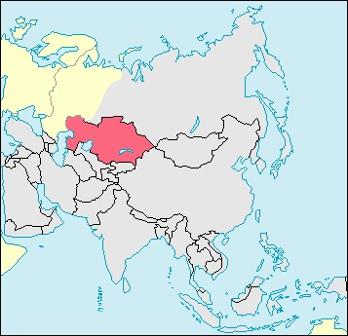