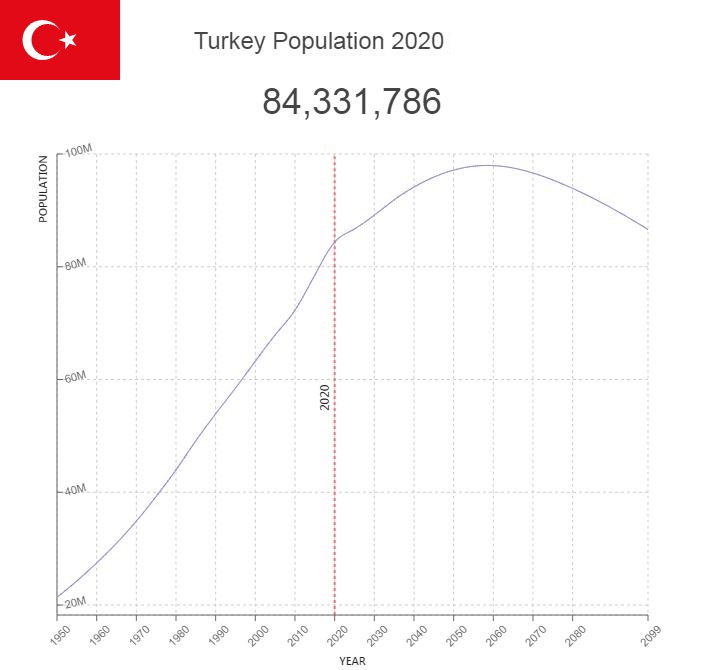 Turkey’s position between Europe and Asia has given the country a key role in the relationship between the two continents. Today, the country is ruled by an authoritarian president who has increasingly seized power and undermined democracy. 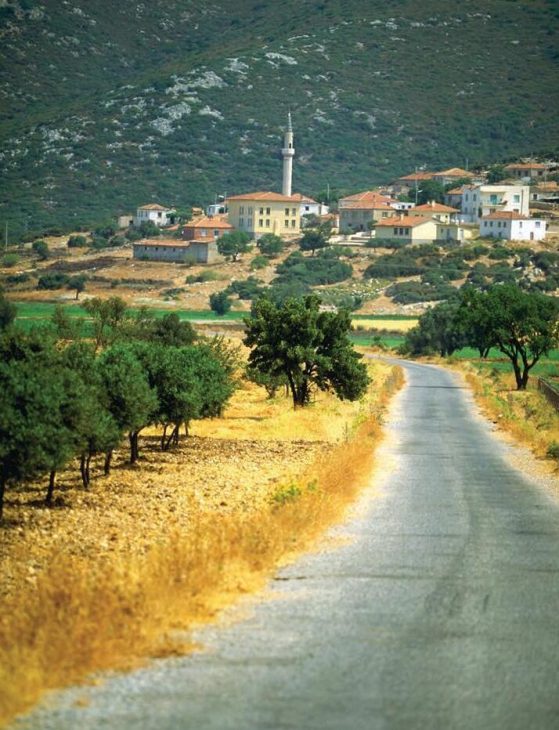 Population of Turkey by Year (Historical)

Major Cities in Turkey by Population

The Turks are a people with a very complex ethnic background after the many conquests and migrations through the ages. More than 90 percent of the population is considered to be Turks, but statistics are based on language. As Turks, those who have Turkish as their mother tongue are considered. Kurds are the largest ethnic minority in Turkey, amounting to between 12 and 15 million. They live all over Turkey, but have their core area to the east and southeast. In southeastern Anatolia there is an Arab minority (1.4 percent). In the border regions against Georgia and Armenia, smaller groups of Churches, Georgians, Armenians and lasers live (see lasic). The largest cities, especially Istanbul, have Jewish and Armenian minorities.

Ethnic minorities have had a hard fate in Turkey. Nearly 2.5 million Armenians, the largest element of the people in Turkish Armenia, were displaced or massacred during the period 1894-1915 (the Armenian Genocide). There are now an estimated 55,000 Armenians in Turkey. The Greek minority has been heavily persecuted because of the hostility between Greece and Turkey. At the peace with Greece in 1923, over one million Greeks were forced to move to Greece in exchange with Turks from there.

Population density averages 106.9 residents per square kilometer (2018). The settlement is closely linked to the topographic conditions, soils and rainfall, and is highly concentrated in European Turkey, and in the fertile valleys and lowlands along the Black Sea, Lake Marmara and the Aegean Sea. This area, which together comprises about a quarter of the country’s area, has over half of the country’s population. The inland of Anatolia, especially the highlands of Armenia, is sparsely populated.

Especially since 1950, there has been a shift in population from the countryside to the cities. 76.1 percent of the population lives in urban areas (2020). The number of residents of the metropolitan areas of the three largest cities is: Istanbul 15.5 million, Ankara 5.1 million and Izmir 4.4 million. However, the rural population is largely concentrated in villages that can be quite large.

Especially in the period 1960–1970 many emigrated from Turkey, the largest groups went to West Germany and Saudi Arabia. It was primarily job-seeking men who left, then their families. In the mid-1980s, it was estimated that over one million Turkish men (2.5–3 million with family members) stayed abroad temporarily. This was almost ten percent of Turkey’s working male population. Several recipient countries for Turkish labor have since introduced immigration restrictions, and labor migration has fallen somewhat.

The official language and mother tongue of more than 90 percent of the population is Turkish (Turkey-Turkish). In eastern and southeastern Turkey, there is a significant minority (about seven percent) who speak the Iranian language Kurdish. Furthermore, Arabic is spoken in the border regions of Syria and Iraq. Various Caucasian languages are spoken by small groups all over the country after immigration from the Caucasus in the 19th century. Greek and Armenian are spoken by quite small groups, mainly in Istanbul. The Jews in Istanbul (around 50,000) are still trying to keep their mother tongue Ladino up.

The Turkish state has been secular since the 1920s, but over 99 percent of the population is Muslim, and Islam is an increasingly important factor in social life. Sunni Muslims constitute the majority (about 80 percent), but there are also Shia Muslims. Following the genocide of the Armenians in 1915 and the deportation of the Greek population in 1923, Christians now constitute only 0.2 percent of the population.