Cyprus, also known as the Republic of Cyprus, is located in the northeast Mediterranean Sea. It covers an area of 925l square km and has a population of 800,000, with 84.7% of the population Greek and 12.3% Turkish. Greeks are Orthodox, while Turks are Muslim. Primary languages are Greek and Turkish, but English is also spoken. The currency is the Cyprus pound. The capital is Nicosi (Nicosia).

The flag is white, with a yellow silhouette of the country in the center. Crossed underneath are two green olive branches. Yellow symbolizes copper, while the olive branch represents the national aspiration for peace between Greece and Turkey. 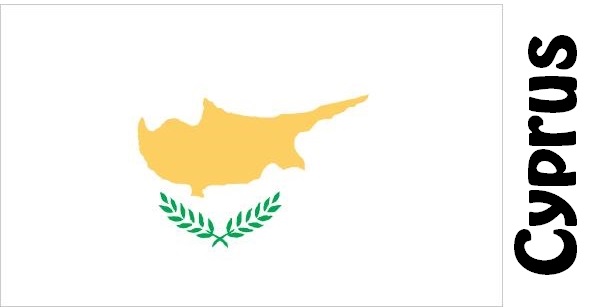 By 1500 BC, the Greeks had moved onto the island. Afterwards, Egypt, Persia and other countries conquered the Island. In 58 BC, Cyprus was conquered by the Ru Luoma Empire. The Byzantine Empire took ownership in 395 AD. In 1571, it was conquered by the Ottoman Empire, who ceded it to Britain in 1878. In August 1960, Cyprus declared independence, establishing the Republic of Cyprus. After independence, Greek and Turkish Cypriots clashed several times, forming an ethnic separation.

The residents have remained part of the Greek Byzantine tradition. Venus was born on the island, spreading the legend of Eros. 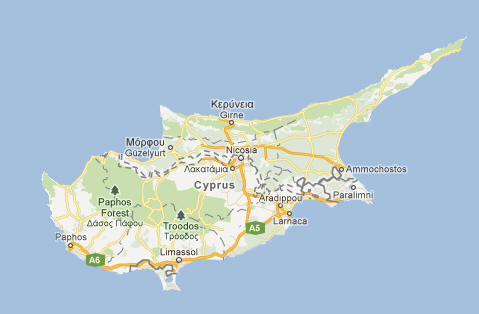