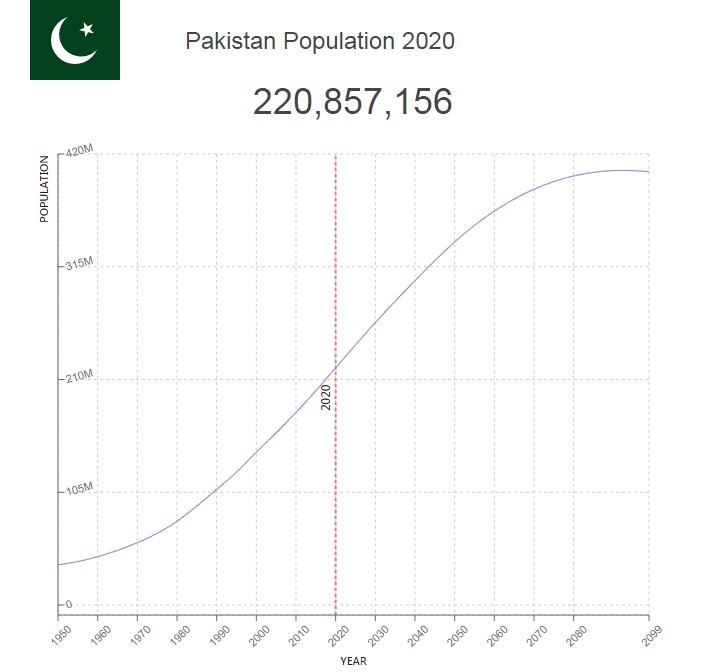 Pakistan is one of the least developed countries in Asia. The former British colony is struggling with political turmoil, and the government lacks control over much of the country.

Birth rates have shown a slight decline in recent years. When population growth is not reduced as much, this is due to declining mortality. The country’s public health system is poorly developed, with high child mortality rates as a result.

Punjabi make up nearly half of the country’s population, while 17 percent are Pashtunians and 14 percent are Sindhis. The rupee is the currency of Pakistan and a rupee is 100 paisa. Urdu and English are the official language of the country.

The ethnic composition of the people of Pakistan is very complex, which is primarily due to the many waves of immigration in prehistoric and early historical times. Over half of the population today is Panjabi- speaking, most of them living as farmers in Punjab. Other main groups are Sindhi in the south (most peasants), Urdu-speakers, who make up the majority of the country’s political elite, as well as Pashtuns, which are largely organized in tribes and live in the Tribal Areas territory, in the northwest along the border with Afghanistan. Some also live in southwest, Baluchistan, where the other larger groups are Baluchis and Brahui.

Pakistan has for many years welcomed a large number of refugees from Afghanistan; in 2006, there were approximately 3 million Afghan refugees in the country, the vast majority in the North-West Frontier Province. The number has decreased in subsequent years, but a large number of Afghans live on the Pakistani side of the border, permanently or for short periods.

In 2011, the population density was 231 per square kilometer, with wide variations, from the populous Punjab to the sparsely populated Baluchistan. More than a third of the population lives in cities.

Since 1968, there has been a steady flow of Pakistanis to Norway. The vast majority have settled down and been integrated into Norwegian society. In 2012, around 36,000 were of Pakistani origin in Norway.

Population of Pakistan by Year (Historical)

Major Cities in Pakistan by Population