Islamabad is the capital of Pakistan. The city constitutes a federal metropolitan area, furthest north in the province of Punjab, with an area of ​​906 square kilometers. The city has 1,014,800 residents, the metropolitan area about 4 million (2017).

Islamabad is an administrative city and has several universities and research institutes. One of the world’s largest mosques is located here, with room for 120,000 believers. The city is divided into eight zones, each with its special function (administration, housing and more). The town plan is based on a draft by the Greek architect Konstantinos Doxiadis. Islamabad has been the capital of Pakistan since 1966. It was adopted as the new capital after Karachi in 1959, while Rawalpindi was the temporary capital in the period 1961-1966.

In October 2005, Islamabad was hit by an earthquake measured at 7.6 on Richter’s scale, and a number of buildings in the city collapsed and many perished. In 2007, there was considerable unrest about the radical mosque Lal Masjid (“red mosque”) and two madrasa (Islamic schools; one for women and one for men) that have many advocates for Sharia to be introduced into Pakistan. 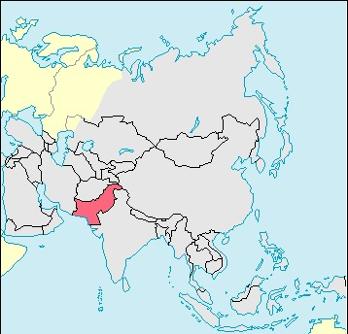