Azerbaijan, state of the South Caucasus, western Asia; 87,000 km2, 9.9 million residents (2019).Azerbaijan borders east to the Caspian Sea, south to Iran, west to Armenia, and north to Georgia and the Russian Federation. Azerbaijan also includes the Autonomous Republic of Nachichevan and the Autonomous Region of Nagorno-Karabakh. The latter is militarily controlled by Armenia since 1993. The capital is Baku (1.2 million residents, 2015).

Azerbaijan is located in western Asia and its northern border is formed by the mountain ranges of the Greater Caucasus. The country’s other highland area is the Little Caucasus in the southwest. Otherwise, Azerbaijan mainly consists of lowlands, mainly on the shores of the Caspian Sea and around the Kura River and its tributary Aras. Middle and eastern Azerbaijan has a dry subtropical climate with mild winters and hot summers. The south-eastern part has a more humid Mediterranean climate.

The country’s current constitution was adopted in 2002 and gives the president, who is elected for five years, a strong position. Parliament is also elected for five years. Azerbaijan became independent in 1991. Political life has long been marked by the conflict with Armenia over Nagorno-Karabakh.

Since the middle of the 19th century, when oil was found and an oil industry was built up with the help of foreign investments, i. by the Nobel and Rothschild families, this commodity has had its mark on the country’s economic and social development. Outside the oil and natural gas industry, the economy has remained largely of an agricultural nature. From the end of the 1990s, the oil and gas industry and related businesses, including construction and communications industries, experienced strong growth. 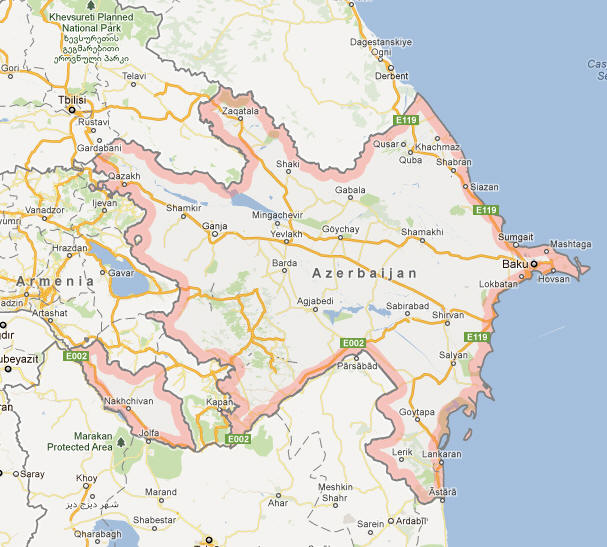