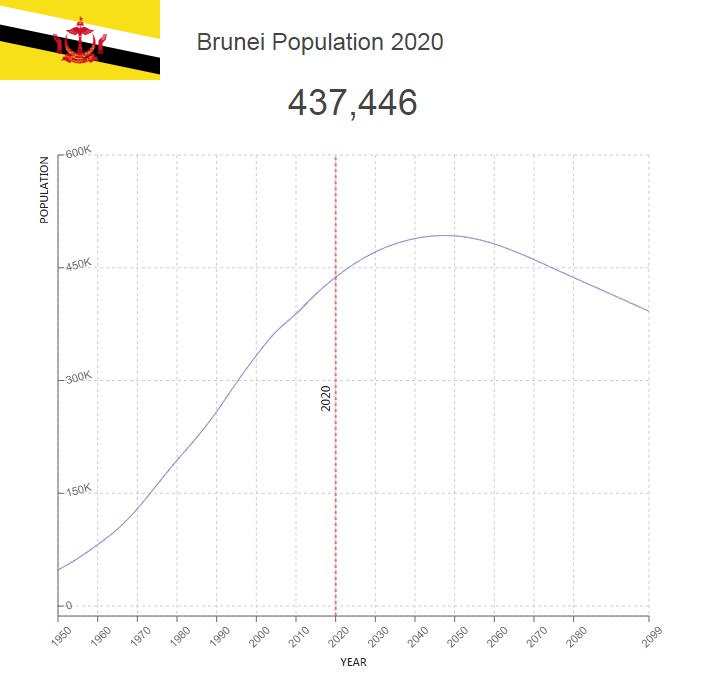 The Sultanate of Brunei is a former great power and today a rich oil nation. Brunei is considered one of the most politically stable countries in Asia, but with very limited democratic rights. The Sultan governs the country as a monarch.

Population of Brunei by Year (Historical)

Major Cities in Brunei by Population

Due to strict citizenship requirements, only a few of the Chinese have Brownian citizenship, and many of them emigrated in the 1990s. The remaining part of the population is European and Asian contract workers. The country’s “brownization policy”, where the Malay is prioritized at the expense of the Chinese in working life, has received international attention. These issues have been given increased focus as the Islamization of society.

The population is concentrated with the main emphasis along the coast. Only about 10,000 people live in the eastern enclave of Temburong. The capital Bandar Seri Begawan has 100 700 residents. The oil cities of Kuala Belait and Seria have 31 178 and 30 97 residents respectively (2017). In total, 77.6 percent of the population lives in urban areas.