Where is Brunei located on the map? Brunei is an independent nation located in Southeastern Asia. Check out the following images to see location of Brunei on maps. 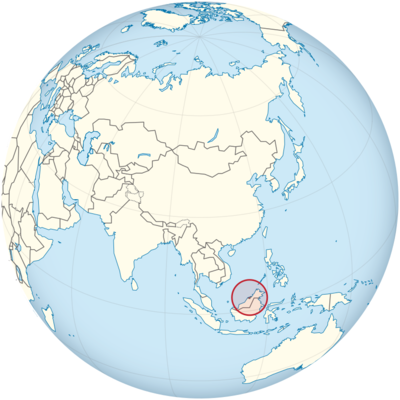 Do you know Brunei, have you ever heard of the country? Brunei is located in Asia and is a tiny state with an area of ​​5765 square kilometers. It is about twice as big as the Saarland. It is one of the smallest countries on earth. About 422,000 people live in Brunei. You can find the country on the map on the northwest coast of the island of Borneo.

The island of Borneo

The island of Borneo belongs to the so-called “Malay Archipelago” and is the third largest island in the world. Brunei takes up only a very small part of it, most of it belongs to Indonesia in the east of the island and the rest to Malaysia in the west.

Where is the Sultanate of Brunei located?

Brunei is completely enclosed by the Malay province of Sarawak, so it is a state within a state. Its full name is Brunei Darussalam. By the way, Darussalam means “place of peace”. And is Brunei a place of peace? In any case, this country is characterized by enormous wealth, because there is oil here.

Brunei is a sultanate

Brunei is a sultanate. There is a sultan there like in earlier times. A sultan can be compared to a king. But while with us kings are usually only considered to be representatives of their country and have little or no political influence, this Sultan of Brunei still holds a lot of power in his hands and decides what happens in his small sultanate.

The sultanate is divided into two regions, in the west are the capital Bandar Seri Begawan and the districts of Muara, Tutong and Belait. This is also where the oil and gas deposits and their industries are located. To the east lies the Temburong district, which is separated by the Limbang Corridor (national territory of Malaysia). The already tiny country consists of two parts. The eastern part is not connected to the western part by land. Temburong can only be reached by boat from the country’s capital. The capital of the eastern part is called Bangar.

On this map you can see that Brunei is completely enclosed by Malaysia.

Brunei borders the South China Sea and the coast stretches for 160 kilometers. The lowlands of the coast merge into hilly mountainous areas and the highest mountain in Brunei in the east of the country is 1850 meters high and is called Bukit Pagon. It is located in the Temburong district, in the east of Brunei. Rainforest covers three quarters of Brunei. The best preserved rainforest areas on the island of Borneo can be found in Brunei. The sultan is also committed to protecting the rainforests. Although forest areas are falling victim to housing construction or have to be used for rice plantations, the forest is still being cleared in Brunei within limits – very different from the neighboring Malay provinces of Sarawak and Sabah, in which large areas of the forest are often cut down.

The climate in Brunei corresponds to the typical warm, humid tropical climate of the region. There is a rainy season here, which lasts from November to March. What worries many people is the permanently high humidity. You then feel like you are in a steam bath. The temperatures are pretty constant between 25 and 35 degrees over the year. The period from April to October is less rainy. However, rainfall can also occur at this time. It is not without reason that the rainforest is called rainforest.