Bandar Seri Begawan is the capital of Brunei, on the Brunei River, 15 km south of the river’s outlet. The city has 100 700 residents (2017). The Kampong Ayer district with about 30,000 residents is built on piles in the river.

Until 1970, the city was called Brunei Town.

Bandar Seri Begawan is a river port and trading town. Other service industries are being tried in addition to the petroleum industry and the timber, furniture and textile industries. Eight km north of the city is Brunei International Airport.

The Sultan Omar Ali Saifuddin Mosque was built in 1958 and is the largest mosque in Southeast Asia. In Bandar Seri Begawan is the National Museum of Brunei which shows the development of the country’s oil industry. In the city there is also a maritime museum, a technological museum, a rainforest museum and a separate museum about the Sultan of Brunei. Brunei University, which dates from 1985, has nine faculties and more than 3,000 students, of which 21 percent are foreign nationals. The teaching takes place in Malay and English.

The Sultan’s Palace, Istana Nurul Iman, is the world’s largest residence for a head of state. The residence, located four kilometers south of the city by the river Brunei, was completed when Brunei became an independent state on January 1, 1984. 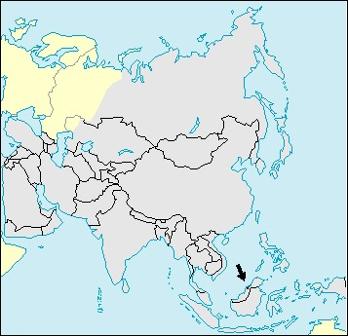