Brunei is located on northwest Borneo. It has a near 100 km long coastal plain with sandy beach, while the inner, southern parts have a nice terrain. The climate is humid tropical type.

The country is a hereditary sultanate and a member of the Commonwealth. Since 1984, when the country became independent, the sultan has also been prime minister, and several of his family members are members of the government. In connection with the commercial boom of the 14th century, Islam spread along the trade routes. Brunei then became a Muslim sultanate. Hassanal Bolkiah, who took office in 1967, is the 29th in the order of Sultans who ruled Brunei.

Oil and natural gas account for about 90% of export revenue. The country is jokingly called “the shellfare state”, ie. a welfare state based on revenue from the oil company Shell, now Brunei Shell Petroleum Co. In recent years, efforts to make the economy more versatile have failed, and the previously important rubber production has almost ceased. 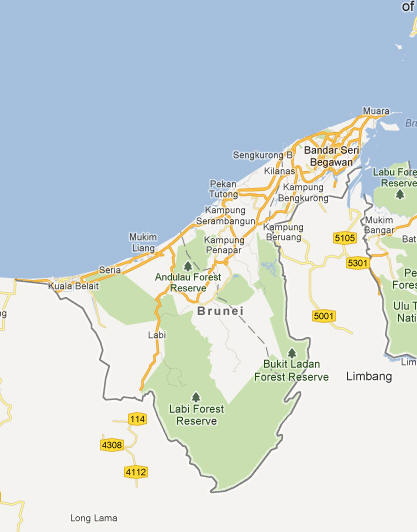