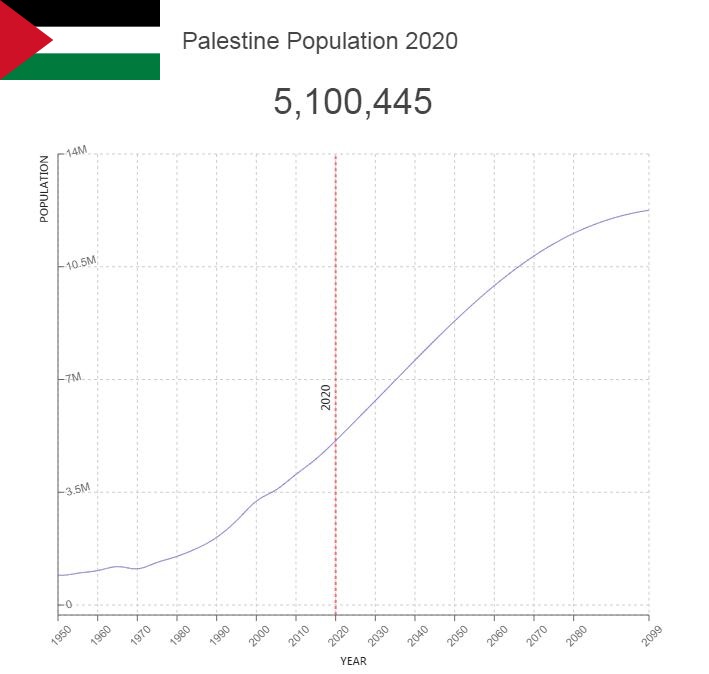 Palestine has been occupied by Israel since 1967, fighting for its independence. Internal division between the two major parties has made the fight difficult. 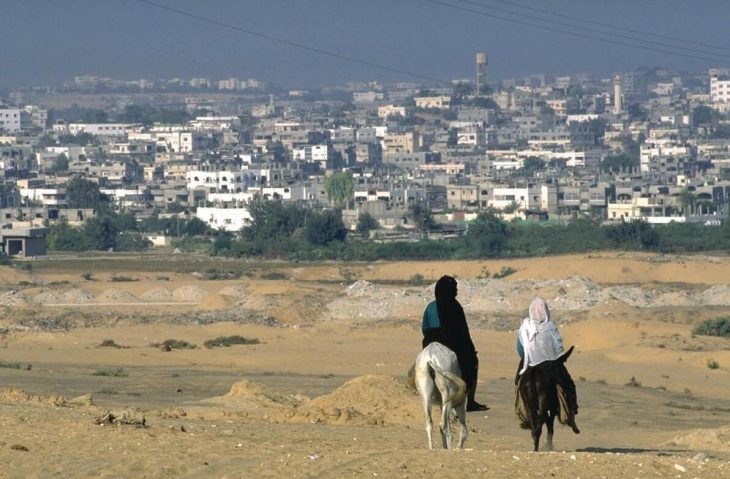 The Palestinian territories have high birth rates; the fertility rate is 4.1 per woman. Infant mortality is relatively low, around 24 per thousand. About 40 percent of the population is under 15, while only 5.2 percent are 65 or older. The average life expectancy for men and women as a whole is 72.5 years. Minorities of Bedouins exist in both Gaza and the West Bank.

The wars between Israel and the Palestinians have triggered a stream of Palestinian refugees from areas conquered by the Israelis, first from what became the State of Israel during the Palestine War in 1948 and later from the West Bank during the Six Day War in 1967. UNRWA, the United Nations Relief and Works Agency for Palestinian Refugees, provides aid to over 5.5 million Palestinians in the Middle East. Of this, roughly 1/3 for a total of 59 refugee camps in Jordan, Lebanon, Syria and the West Bank and Gaza. The remaining 2/3 live in and around cities, often in the same countries, often in the immediate vicinity of the official refugee camps.

Poverty in the Palestinian territories is great. In 2017, 29.2 percent of Palestinians lived below the poverty line of two dollars a day, but this is unevenly distributed with 53 percent in Gaza and 13.9 percent in the West Bank. Unemployment is also very high with 22.2 percent for men and 44.7 for women. As with poverty statistics, this is unevenly distributed. In Gaza, the unemployment rate is 34.4 percent for men and 65.2 percent for women, while the corresponding figures for the West Bank are 15.5 and 29.8.

The majority of the population are Muslims, while a small minority of Christians.

Official language in the Palestinian territories is standard Arabic, as is the case in the Arab world. The population speaks Palestinian dialects, which are closely related to Lebanese and Syrian dialects. The Palestinians in Israel and many in the occupied West Bank also speak Hebrew. Their relatively high level of education has given them prominent positions in other Arab countries, especially in the Gulf states, to the extent that Palestinian dialect features are beginning to trace their local dialects.