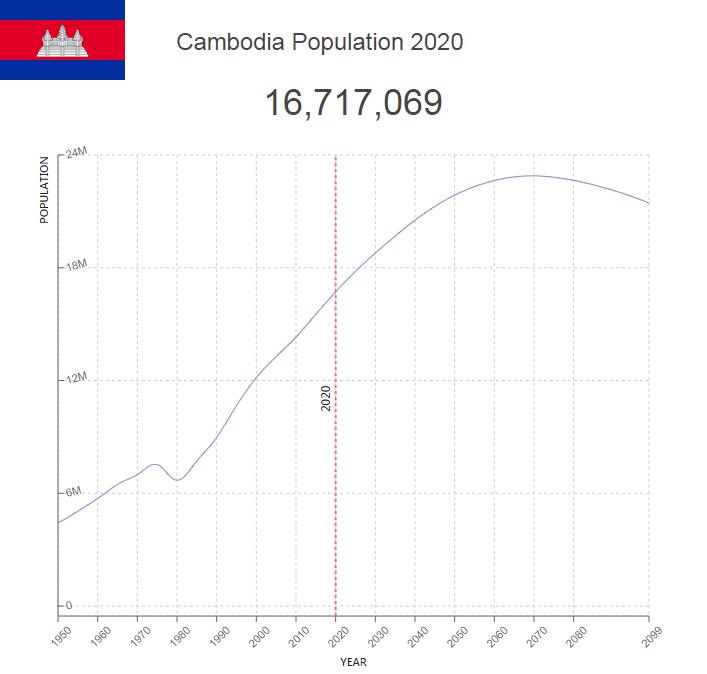 Cambodia has a long history of war, conflict and widespread poverty. Today, the country is recovering, but corruption and lack of democracy are hindering the economic progress of the whole population. 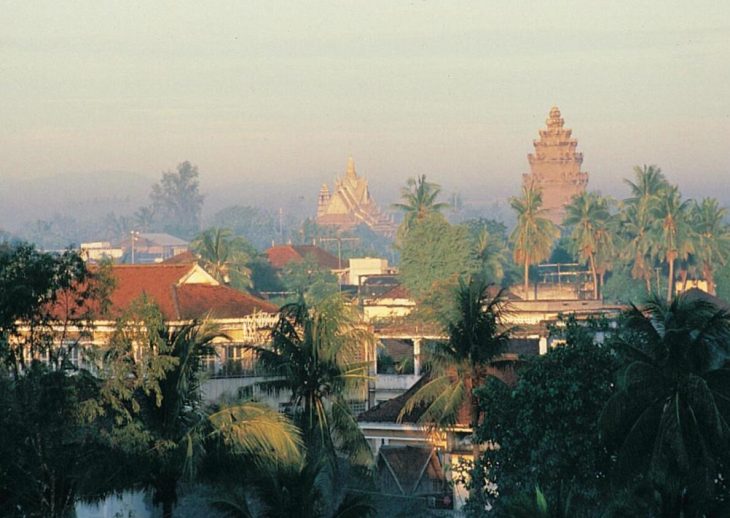 Population of Cambodia by Year (Historical)

Major Cities in Cambodia by Population

During the Red Khmer (1975-1979), the urban population was forced out into the countryside. A re-urbanization started in the 1980s. 23.4 percent of the population now live in urban areas.

97.6 percent of the population is ethnic Khmer, making Cambodia the most homogeneous country in Southeast Asia. Khmers have populated Cambodia since prehistoric times (since before 100 century CE.). Their culture is influenced by intercourse and contact with other cultures, first and foremost Indian culture and religion through civilizations in India and Java, later also with Thais (900th to 14th centuries), Vietnamese (from early 16th century) and Chinese (since the 18th century). The main minority groups cham – Muslims (1.2 percent), Vietnamese (0.1 percent) and Chinese (0.1 percent).

The official language is Khmer, which is the mother tongue of 96.3 percent of the population. Khmer is written with an alphabet developed from the Indian Brahman script. Furthermore, Vietnamese and Chinese are spoken.