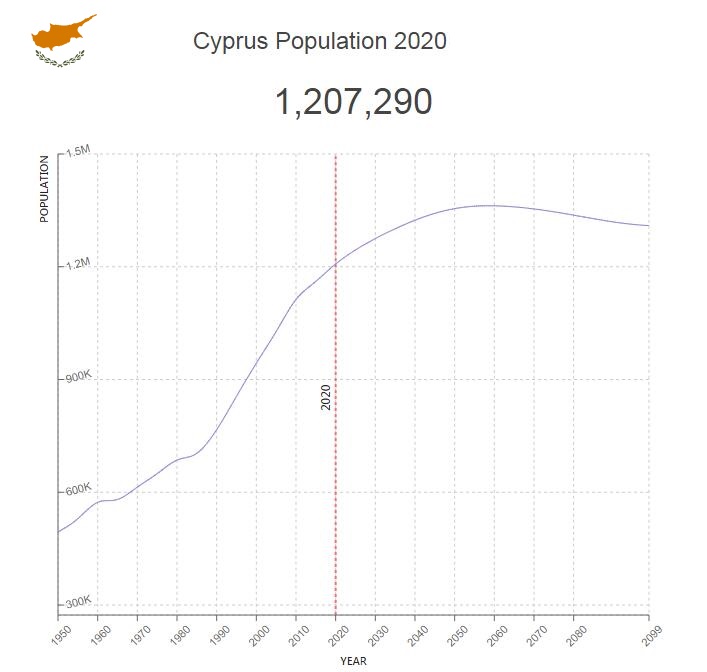 Cyprus has a long history of political instability and conflict between its Greek and Turkish inhabitants, and the island has been split in two since 1974. After being severely affected by the global financial crisis in 2008, the country’s economy has finally begun to strengthen again. 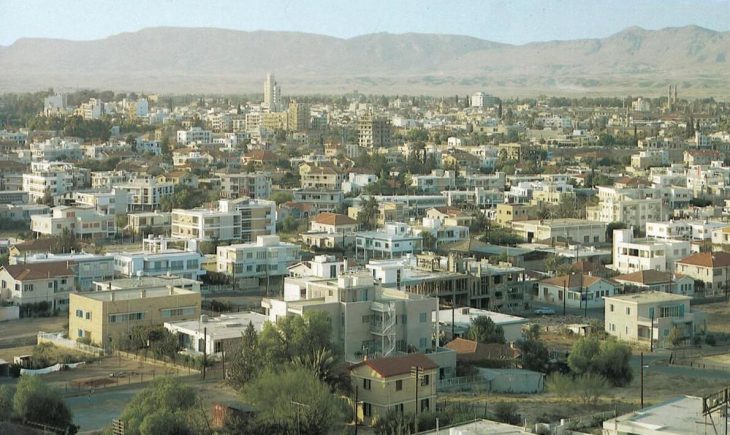 Following the invasion of Turkey in 1974 and the subsequent division of the island into southern and northern Cyprus, over 200,000 Greek Cypriots had to move from the Turkish-occupied northern part and settle in the south. Northern Cyprus, which makes up 36 percent of the island’s area, has thus obtained an almost pure Turkish settlement with, among other things, 50,000 mainland Turks, and Southern Cyprus a Greek settlement.

Population of Cyprus by Year (Historical)

Major Cities in Cyprus by Population

The largest part of the population lives in the lowlands along the coast and in the cities, which have two thirds of the population. The island’s largest city is Levkosia (Nicosia/Nicosia), which is divided into a Greek-Cypriot section and a Turkish-Cypriot section. Other important cities are the port cities of Lemesós (Limassol) and Larnax (Larnaka) on the south coast, and Gazimağusa (Famagusta) on the east coast of the Turkish-occupied zone.

About 82 percent belong to the Greek Orthodox Church, about 1.5 percent are Maronites, while Muslims make up about 16.5 percent.

Greek and Turkish are official languages. English is important in teaching and trade.