Where is Cyprus located on the map? Cyprus is an independent nation located in Western Asia. Check out the following images to see location of Cyprus on maps. 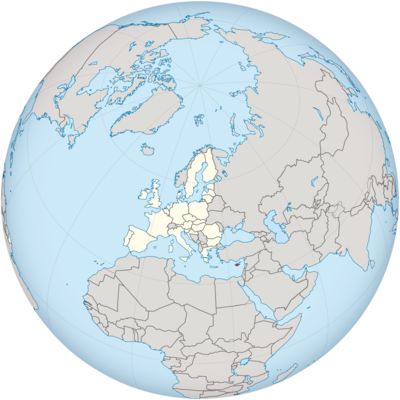 Where is Cyprus located on the map? A question you may have asked yourself before. Cyprus is an island in the eastern Mediterranean, diagonally across from Turkey. You can see that on the adjacent map. The island is less than 100 kilometers from the Turkish, Syrian and Lebanese coasts. It is 9,200 square kilometers and has about a million residents who are of Greek or Turkish descent.

Cyprus is the third largest island in the Mediterranean, only Sicily and Sardinia are bigger. The Cypriot coast covers 671 kilometers. Regardless, the former British colony since 1960. Divided them since 1974, and the capital, Nicosia, for it was then occupied by the Turkish military. A buffer zone controlled by the UN divides the island into two parts, which have also developed separately since the time of separation. So there is a southern part in Cyprus and a northern part.

The north of Cyprus is occupied by Turkey. Mostly Turkish Cypriots live here. This part covers about a third of all of Cyprus. The important rivers that are important for irrigation of the country are also located here. Most of the rivers in Cyprus dry up during the hot summer months. The longest river is called Pedias.

In 1983 the Turkish Republic of Northern Cyprus declared itself independent. However, only Turkey has officially recognized this country. Only the south of Cyprus is considered a state and is recognized as a state by the international community.

Difference between the southern and northern part of Cyprus

So when you talk about Cyprus, you as a state are not talking about the whole island, but only about this southern part. This covers 5800 square kilometers. Since May 1st 2004 this part in the south of Cyprus is also a member of the European Union.

Where is Cyprus: Asia or Europe?

Geographically, Cyprus belongs to Asia, politically to Europe. In Cyprus one can distinguish three larger landscape areas: the Pentadaktylos or Kyrenia Mountains in the north of the island, the Troodos Mountains in the southwest and an alluvial landscape in between.

Typical for Cyprus are the small peninsulas or capes that protrude from the land mass, you can see that on the map. There are five of them here, see if you can find them! They each have different names.

The highest mountain in the country is the Olympos in the Troodos Mountains, which reaches an altitude of 1952 meters. This mountain range lies roughly in the middle of Cyprus and is of volcanic origin.

The weather on the island of Cyprus determines the Mediterranean climate. It gets quite hot in summer, especially August, and stays mostly dry. It rains relatively little. In Nicosia there is about 400 millimeters of precipitation per year, while in the Troodos Mountains up to 1000 millimeters can fall. In the capital Nicosia, the mean January temperatures are 10 degrees, in July they are 28 degrees.