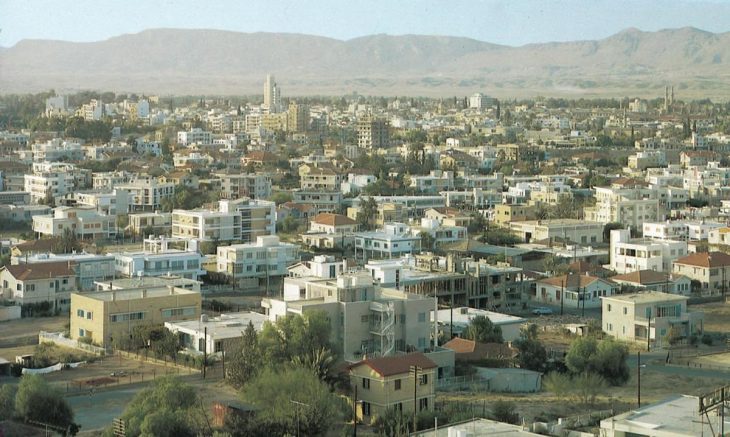 Nicosia, also known as Lefkosia, Lefkosa. Largest city and capital of Cyprus, and for the not internationally recognized Turkish Northern Cyprus, 200,500 residents (2005).

The commercial center in the middle of the fertile Messaioria plain, surrounded by Venetian walls and has many mosques that were originally churches. The Gothic Cathedral of St. Sofia is among the sights. International Airport. Textile and leather industry. Archaeological Museum. University (1989). Became 1192 capital of the kings of Cyprus. Adopted by the Venetians in 1489, by the Turks in 1571.

The name Lefkosia is said to have originated around the year 295 BC. The name Nicosia (Nicosia) was used in the Middle Ages and was in use until 1995.