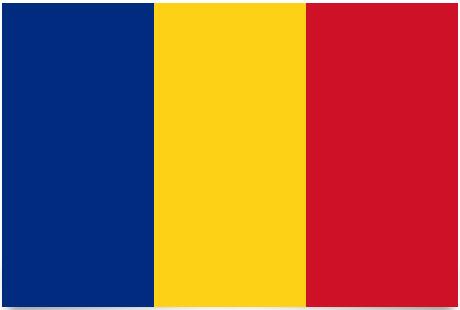 Red has long been a traditional color around the Persian Gulf. The white color symbolizes peace but also Oman’s religious message which often had great power by the sultans. Green is the symbol of the earth’s fertility but can also be interpreted as a symbol of the Jabel al-Akhdar mountain range in the northern parts of the country.

Their first national flag came into use when Muscat and Oman reorganized to become only Oman. The flag was hoisted on December 17, 1970. The flag was almost the same as today, the only difference was that the stripes in white, red and green did not have the same width, which they do today. The current flag was adopted on April 25, 1995.

With its 2,600 km of coastline, it has a strategic location at the end of the Arabian Peninsula to the southeast, where most of the world’s oil traffic passes. Oman is cut off from the rest of the peninsula by the Rub al-Khali desert. Nowadays, no nomads pass through this area. It is now also used for the extraction of oil and natural gas. Due to the fresher winds from the sea, the climate is better on the coast. Summer is characterized by monsoon rain.

Monarchy and dictatorship, allied with the EU and the US.

Religion: Islam (officially) is practiced by 86% of the population. The majority belongs to the ibadí sect. Furthermore, there are minorities of Sunnis and Shiites. Finally, there are small communities of Hindus and Christians.

Government: Simple monarchy without any form of parliamentary control. Qaboos bin Said is a sultan and has been residents power since July 1970; Prime Minister since 1972. There is a two-chamber consultative parliament: the Consultative Assembly (Majlis al-Shura) with 82 elected members and the State Council (Majlis al-Dawla) with 40 nominated members.