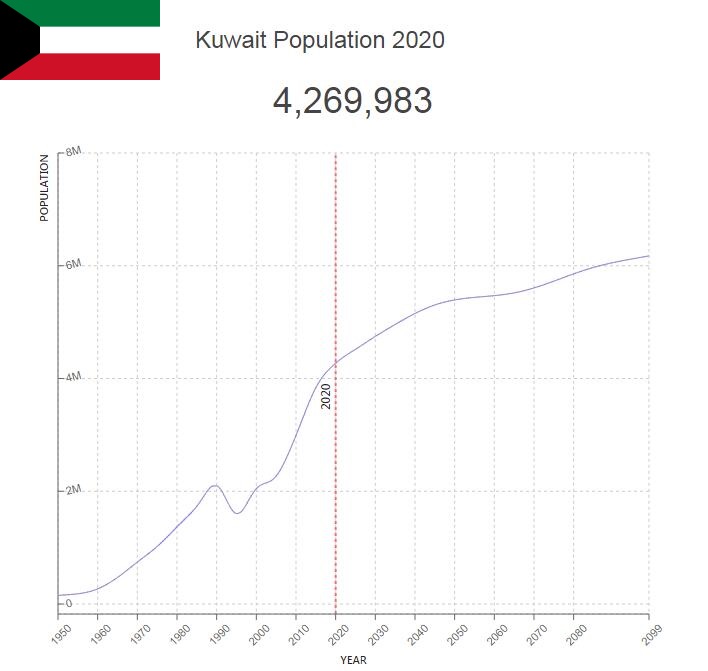 Kuwait has evolved from being a desert country dependent on fishing and trade to becoming a very rich oil producer.

Kuwait had about 4.4 million residents in 2019. Native Kuwaitis make up about 30 percent of the population; the remaining 70 percent are foreigners (guest workers). Life expectancy is 77 years for men and 80 years for women (2020). Every woman has an average of 2.26 children (2020). The entire population lives in cities (2020), most of them in the metropolitan area. 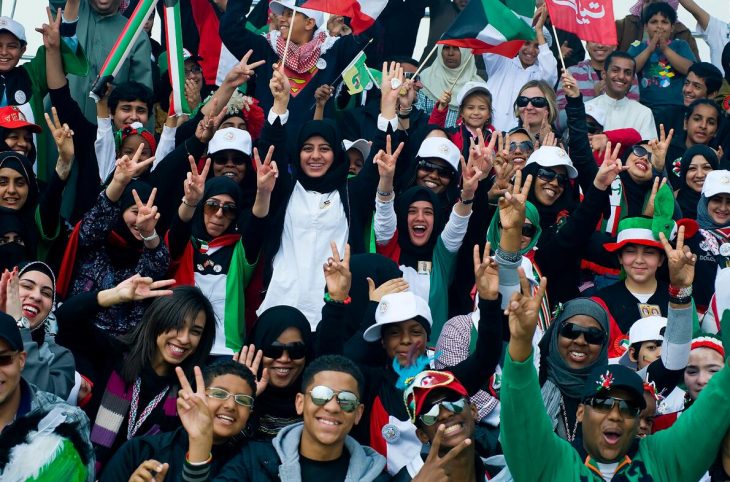 Population of Kuwait by Year (Historical)

Major Cities in Kuwait by Population

Native Kuwaiti people enjoy economic and political benefits, and foreigners generally have a low reputation in Kuwait society. After the Gulf War in 1990-1991, several of Kuwait’s population groups have been subjected to systematic discrimination, including Bedouins and Palestinians. Both groups were accused of supporting the Iraqi occupation force. A very large proportion of Kuwait’s foreign citizens left the country after the invasion; hence a majority of Palestinians, and most have not been able to return. After the war, strict restrictions were placed on who should return to Kuwait to work; the goal is to keep immigration at a level that maintains a Kuwaiti majority.

The official language is Arabic. English is widely used.

The majority of the country’s citizens are Sunni Muslims. The Sabah dynasty, which governs the country, is Sunni Muslims and follows the Malikite law school. Among the economic elite is a minority of Shafi schools. Shia Muslims make up about 25 percent. Christianity, Hinduism and Buddhism are also represented, but only among those who do not have citizenship.