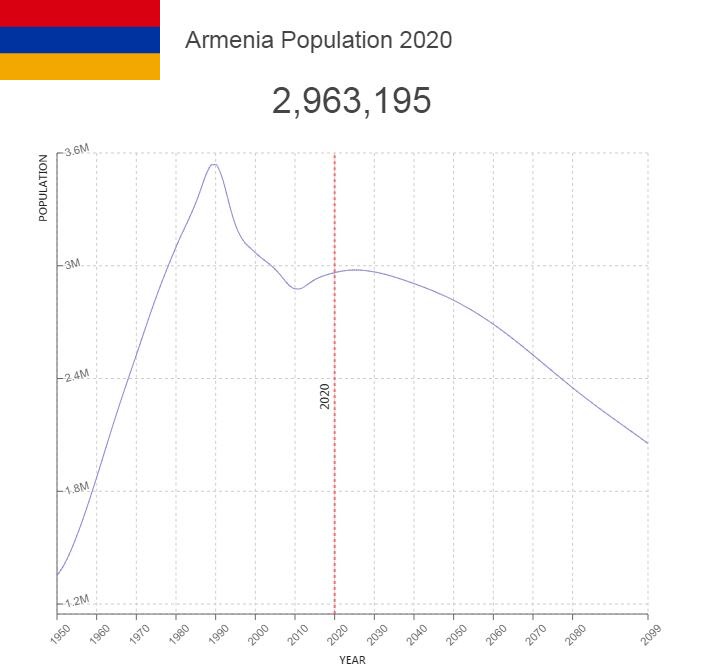 Although Armenia is geographically located in Asia, the country has cultural and political links with Europe. The past as a Soviet Republic has had a strain on the economy, but in recent years the country has experienced economic growth. 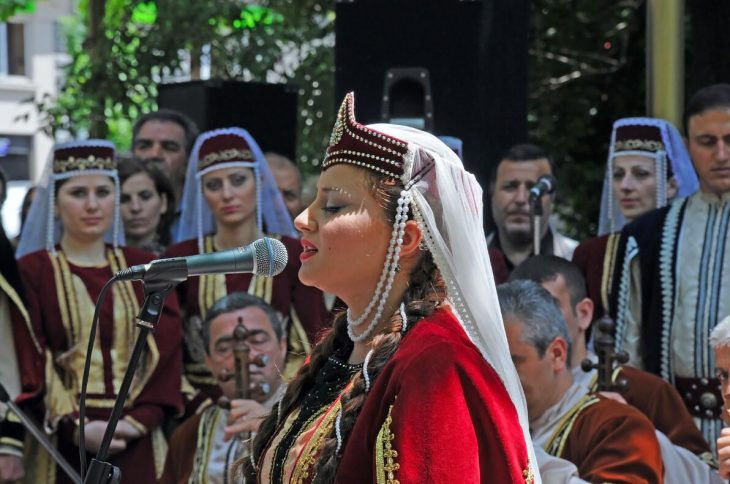 Population of Armenia by Year (Historical)

Major Cities in Armenia by Population

The country was early Christianized. Christianity was introduced by Gregor Lysbringeren (240–332), and the church has maintained a central position in Armenian culture and national sentiment. About 64% of the population is affiliated with the Armenian Church. There are Russian Orthodox and Muslim minorities, while approximately 34% are not affiliated with any denomination.

The official language is Armenian, which is the mother tongue of about 93% of the population. The rest speak Russian, Kurdish or Azerbaijani. Armenian is written with its own alphabet.