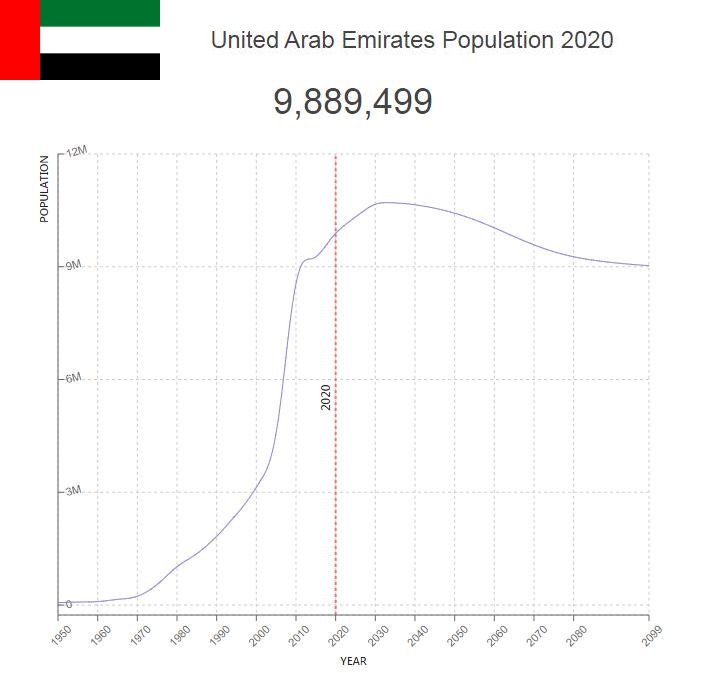 The United Arab Emirates is a federal state of seven Emirates, which has the world’s seventh largest oil resources. The oil has given citizens a very high standard of living, but the country is far from democratic.

The United Arab Emirates is a federation of seven Sheikh judges (Emirates) on the Gulf of Persia. The country belongs to the core area of ​​Arab culture, but today’s population is strongly characterized by guest workers and a complex population, where the ethnic Arabs (Emirati) are in a clear minority. 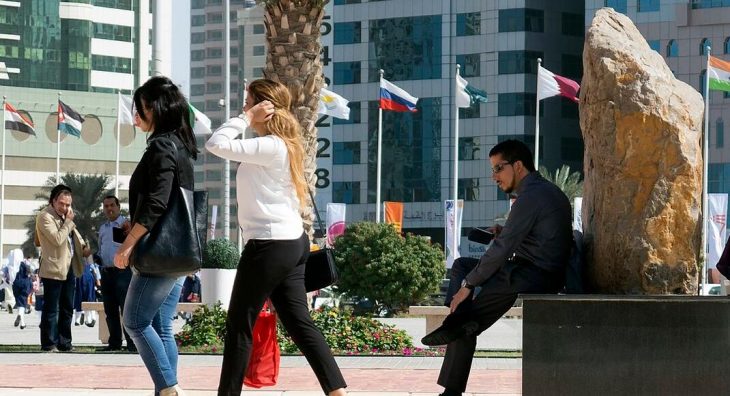 There is a big difference between the various emirates, both population and economic, with Abu Dhabi and Dubai as the largest and wealthiest – each with over three million residents. The total population of the United Arab Emirates is estimated at around 9.9 million residents (2020). A large majority (around 87 percent) of the residents live in urban areas. Around three-quarters of the population profess to Islam.

The population of the United Arab Emirates (FAE) has grown most due to the influx of foreign nationals, with guest workers from the Middle East and South Asia being the largest groups. Of a total population of just over 9.9 million, only 11.6 percent are native emirati (2020). Annual population growth is 1.5 percent.

The average life expectancy for the entire population is 79 years: 80.5 years for women and 77.6 years for men. Nearly 15 percent of the population of the United Arab Emirates is under 15.

The population increase has been steady. Yet in 1960, the population was below 100,000, and only in 1980 did one million pass. The population has nearly tripled since the turn of the millennium.

The modernization of the United Arab Emirates, with the development and operation of major urban centers and modern infrastructure, has largely been carried out with the help of guest workers from many countries. In 2020, these constituted 87.9 percent of the total population. Most of the guest workers come from South Asia, as well as from other Arab countries. Most immigrants (ranked by proportion of total immigrants) come from India, Bangladesh and Pakistan. From the Arab world, most guest workers are from Egypt.

Labor immigration has led to great gender bias, the largest in any independent state. About 72 percent of the residents are men and 28 percent are women. This bias is greatest in the age group 25 to 54 years, ie in the group where the labor immigration is greatest.

To be granted citizenship, as an immigrant, you must have lived in the United Arab Emirates for 20 years, be able to speak Arabic and not be convicted.

A policy is underway to strengthen the national identity as emirate, which is considered threatened by both labor immigration and globalization.

The population was initially concentrated on some ports on the Gulf of Persia, while at the same time some of the population lived nomadically in the desert areas. With changes in the business structure, not least due to revenues from oil and gas extraction, the United Arab Emirates has become one of the world’s most urbanized countries. About 87 percent of the population lives in cities and urban areas, with an annual urbanization rate of 1.7 percent. Population growth in recent times has been particularly high in Dubai.

The population is concentrated in the northeastern part of the Musandam Peninsula, in the three largest of the seven emirates: Abu Dhabi, Dubai and Sharjah. About 85 percent of the total population of the United Arab Emirates lives in these three Emirates. Dubai is the most populous, with just over 3.2 million, compared to around 3 million in Abu Dhabi. The smallest are Umm al-Qaiwain with around 80,000 residents and Fujairah with a quarter million.

The largest cities are Dubai (around 2.9 million residents), Sharjah (around 1.7 million) and the capital Abu Dhabi (around 1.5 million).

Official language is Arabic, but a number of languages ​​are used daily, not least because of labor immigration. English is widely used in business, which is largely internationally oriented, with finance and tourism.

Labor immigration has influenced the religious composition. While the nationals of the Emirate population are Muslim (around 70 percent Sunni and 30 percent Shiite), immigration has reduced the Islamic proportion of the total population to around 76 percent. Christians make up the second largest group, with around ten percent.

A number of other religions are represented; greatest among these is Buddhism and Hinduism.