United Arab Emirates, state of the Arabian Peninsula; 77,700 km2, 9,6 million residents (2019).The country includes the seven emirates of Abu Dhabi, Ajman, Dubai, Fujayra, Ras al-Khayma, Sharjah and Umm al-Qaywayn. The United Arab Emirates is located at the southern end of the Gulf of Persia and has a land border with Oman in the east and northeast; in the south, the country borders on Saudi Arabia. The capital is Abu Dhabi (975 700 residents, 2013).

The coastal plain of the United Arab Emirates has a warm and dry climate and several salt marshes; further in from the coast takes a dry and barren desert steppe. Only at the eastern edge are higher altitudes. Due to the dry climate, the vegetation is very sparse and is limited to oases and dry river valleys.

According to the constitution, the highest political federal body is the Supreme Council, which consists of the rulers of the seven emirates. Every five years, the Supreme Council elects a president from among its members, who in turn appoints a prime minister and a federal ministerial council / government. In addition, there is an advisory federal national council with 40 members, half of whom are appointed in electoral colleges appointed by the state power. Political parties or political elections in the Western sense do not exist.

Since 1962, when oil began to be exported, the United Arab Emirates has developed into one of the world’s richest countries. In order to reduce oil dependence, the country has been striving to broaden its economic base ever since independence in 1971; inter alia a large service sector has been built up with many foreign banks and a stock exchange. Each emirate controls its own oil production, but to keep the federation together, the oil money is redistributed from rich to poor emirates. 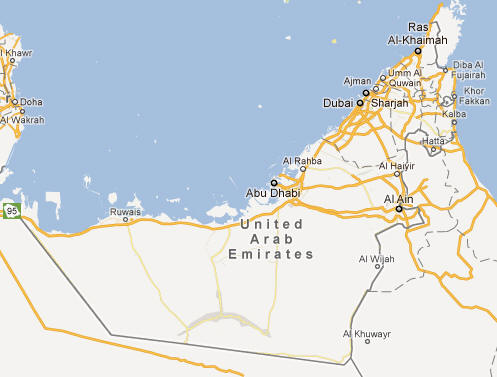