Kyrgyzstan, Central Asia state; 198,500 km2, 6.3 million residents (2019).The country borders the north to Kazakhstan, to the east and southeast to China, to the west to Uzbekistan and to the south to Tajikistan. Kyrgyzstan became an independent state in 1991. The capital is Bishkek (1 million residents, 2019). 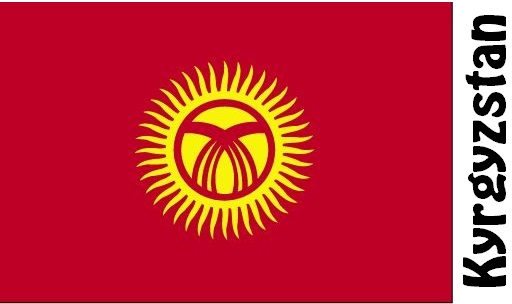 Most of Kyrgyzstan is highly situated, with snow- and glacier-covered outcrops from the Tian Shan mountain range, which reaches more than 7,000 m above sea level in several places. The valleys exhibit a completely different nature, sometimes characterized by oasis culture. The country has a distinct inland climate with hot summers and cold winters.

Kyrgyzstan’s constitution from 2010 strengthened Parliament’s position. The president is elected for six years while the parliament is elected for five years. Political life is dominated by a strong clan system, and politicians have their base in regional clans rather than in political parties. The country became independent in 1991.

Business is highly differentiated on the basis of ethnic boundaries. About 75% of farmers are Kyrgyz, while other people make up the majority among other occupational groups. The traditional business catch in the country has been livestock management, and it still forms an important part of the country’s economy. Kyrgyzstan has privatized the state sector, but the expected positive effects have largely been absent.