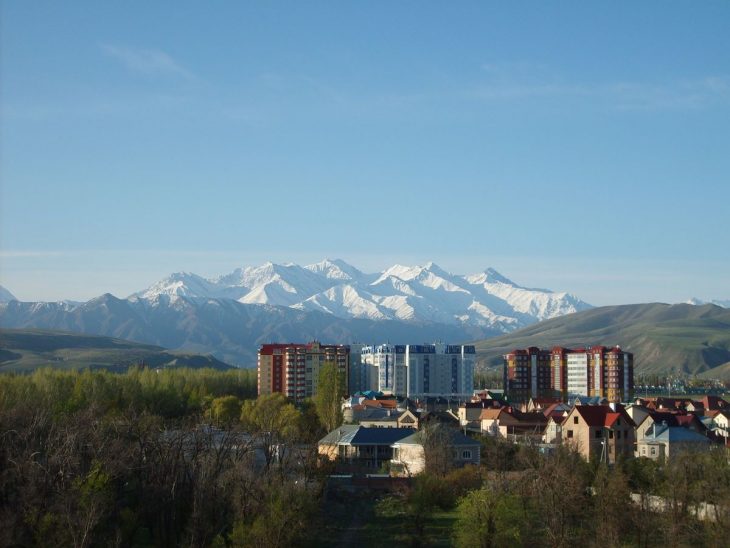 Bishkek is the capital of Kyrgyzstan. The city is located at 750–900 meters above sea level, at the foot of the Tian Shan mountain range. Population is 955 078 (2016). Until the 1970s, the city was mainly populated by European peoples, especially Russians, while today, ethnic Kyrgyz people make up the majority in the city.

The industry has expanded greatly since the Second World War, and includes the metal and mechanical industries, the electronics industry, the leather and textile industries, the processing of agricultural products and more. The city is on a side line to the Turksib Railway, 150 km southwest of Almaty in Kazakhstan.

Bishkek is the country’s cultural center with university (founded 1951), science academy (1954), polytechnic college, medical college and agricultural college, several theaters, opera and ballet where the working and teaching language of the Soviet period was, and still largely is, Russian.. Bishkek also has international universities such as the Kyrgyz-Russian Slavic University, founded in 1992, the American University of Central Asia (AUCA), founded in 1993. In Tokmok, just outside Bishkek, is also the International University of Central Asia (IUCA).

The city has a modern feel, with wide streets and many parks. There is a large selection of cafes and restaurants in Bishkek, many foreign tourists use the city as a starting point for mountain tours in Kyrgyzstan and longer trips in the region. Several international organizations are based here. The United Nations High Commissioner for Human Rights (OHCHR) ‘s regional office for Central Asia is located in Bishkek.

The old fortress Bishkek (also called Pishkek) was created in 1825 by the khanate Kokand to protect the areas the khanate had conquered from the Kyrgyz. The fortress was permanently conquered by the Russians in 1862. In 1878, the small town became the administrative center in the area and from 1926 the capital of Kyrgyzstan. Immigrated Russians formed the basis for urban development.

The city was named Frunze in 1926–91, after the Russian Mikhail Vasilyevich Frunze, one of the leaders of the Red Army during the Civil War. Bishkek has been the scene of two dramatic revolutions in modern times, the first in May 2005, the second in April 2010. 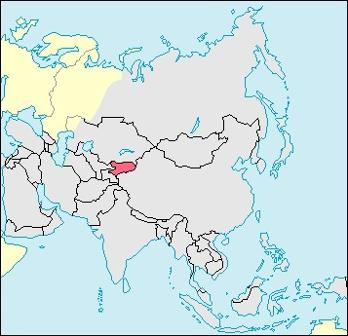