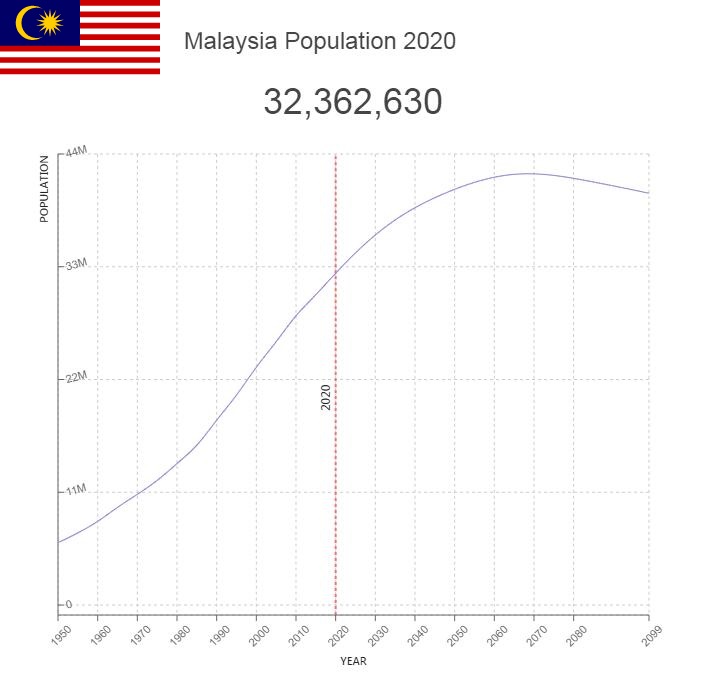 Malaysia is one of the most developed countries in Southeast Asia. The country is made up of many different ethnicities, religions, languages ​​and cultures.

Malaysia’s population is estimated at 31,819,660 residents (2018, CIA). The three largest population groups among Malaysian citizens are bumiputera, Chinese and Indians. About 780,000 people are guest workers with foreign nationality. 76 percent of the population lives in cities. 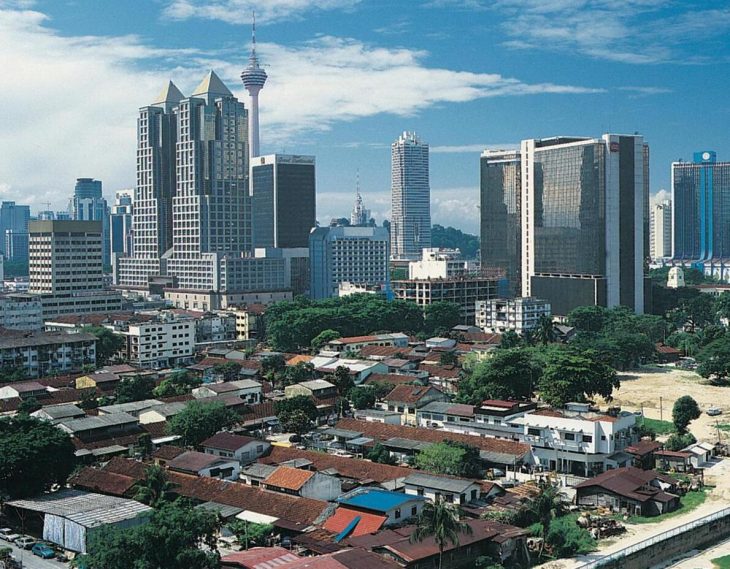 Population of Malaysia by Year (Historical)

Major Cities in Malaysia by Population

The population is ethnically very composed, and there have been several conflicts between the various groups. The most serious riots occurred in 1969, and the authorities subsequently introduced new guidelines whereby the indigenous peoples were given benefits over the newly arrived Chinese and Indians.

The ethnic distribution among the three largest Malaysian nationals in 2018 is as follows:

Bumiputera, which means ‘sons of the earth’, is a collective term for the original population. First and foremost, bumiputera includes Muslim Malays. The Malay also includes closely related groups who immigrated in the late 1800s. The remaining peoples of the bumiputera group include indigenous orang asli in the Malayan Peninsula and a variety of peoples in Sarawak and Sabah.

The Chinese began to immigrate in the early 1800s. They were mostly traders, craftsmen or workers in the tin mines, and most of them settled in cities. A small group of Chinese have lived in Melaka since 1405 and are known as Baba-Chinese or Peranakans. The Chinese population has a much lower growth rate than the Malays, so their share of the population is declining.

Almost all of the country’s Indians reside in the Malaysian part of the Malay Peninsula, also known as Western Malaysia. Most are Tamils, who were brought in by the United Kingdom between the 1890s and 1930s to work on the rubber plantations, in the tin mines or at the railroad.

However, a large number of workers are illegal in Malaysia at all times.

The Malaysian part of the Malay Peninsula

The Malays have the highest population growth rate and make up the majority of the rural population, and they dominate the east coast. The traditional settlement form is in villages (kampong), which are usually located on a river bank or on the coast. Gradually, the Malay became prominent in the cities of the west coast, especially in the public administration.

The indigenous population of orang asli consists of a total of 18 groups. These are often divided into three main groups:

The Chinese live almost exclusively in the larger cities of the states of the west coast, and they are strongly applicable in trade and industry.

In Sarawak and Sabah, the population composition is more complicated. In these states, the term bumiputera includes partly Malay and partly various local people groups. The Malays, for their part, include people who have immigrated and partly local people who have converted to Islam and who have been assimilated. The six largest ethnic groups are:

In Sabah, the population has had a very high growth rate for many years. This is due to both a high natural growth rate and immigration. Statistics from 2018 show that almost one-third of Sabah’s population is foreign nationals, mainly guest workers from Indonesia and the Philippines and illegal immigration from these two countries. The three largest ethnic groups are the kadazan dusun people, bajau and malay.

The cities grow very quickly at the expense of the countryside. From 1980 to 2018, the proportion of people living in urban areas increased from 33 percent to 76 percent. All the eight largest cities are located in the western part of Western Malaysia. The four largest cities are: