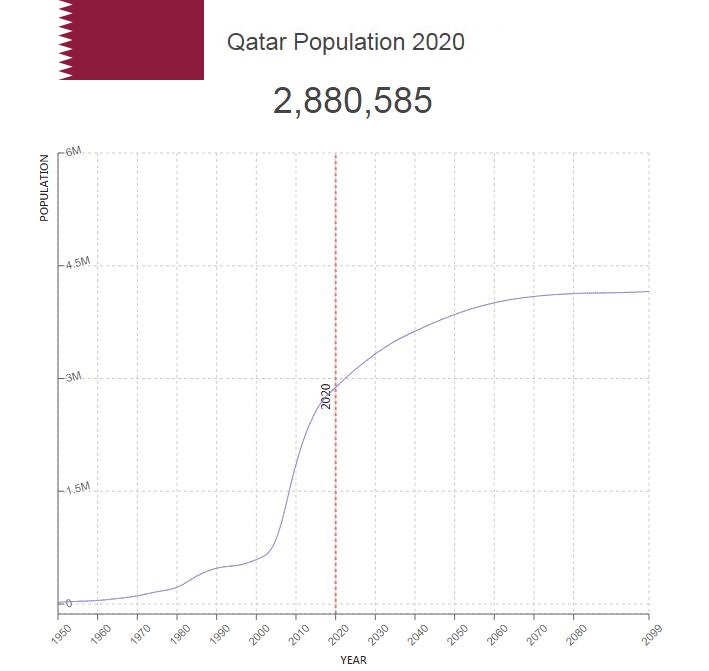 Rich deposits of oil and gas have made Qatar one of the richest countries in the Middle East. Only one in five Qatans is born in the country, most of the other inhabitants are foreign guest workers. The Al-Thani family has ruled the country for almost 150 years.

The population of Qatar is just over 2.6 million (2016), according to the country’s official statistics. Around 88 percent of the residents are immigrants, most of them from Asia. The high labor immigration has led to the country having a very uneven gender distribution, with surplus men. 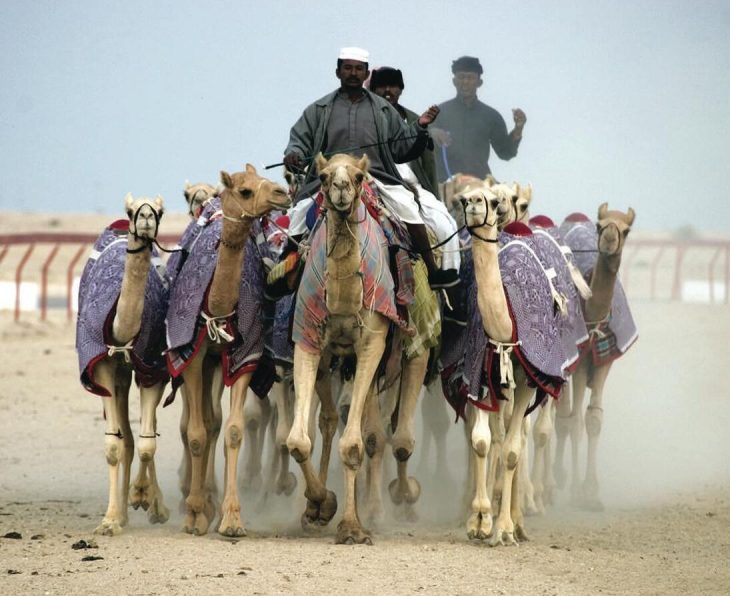 Only about 11 percent of the population belongs to the country’s original residents, Arab Bedouins, who, due to oil revenues, have abandoned the traditional way of life with camel hold and pearl fishing. Most Qatans were originally from Nedshd in central Arabia and Persia (Iran). The rest of the population are foreign workers, especially from surrounding states such as Pakistan, Egypt, Palestine, Jordan, Iran, and Oman, but also western industrialized countries such as the United Kingdom. These constitute a vital labor force for the country, including in the construction sector, in various service professions and in the oil industry.

The population is mainly resident in and around the capital Doha, around 92 percent of the total population.

Population of Qatar by Year (Historical)

Major Cities in Qatar by Population

The official language is Arabic.