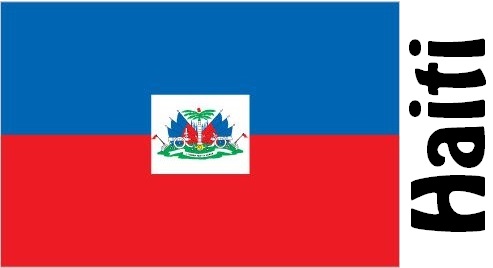 Haiti is very mountainous. The mountain ranges in the north and south mean that Haiti has two projecting peninsula far to the west. These enclose the wide and deep penetration of the Gulf of Gonâve and the island of Gonâve.

The legislative power is a parliament with two chambers; the executive power belongs to the president who is elected for five years.

Haiti, which became independent in 1804, is one of the world’s poorest countries. Comparable economic and social indicators show that the country has slipped after many other poor countries. Political chaos, age-old production methods and extensive land destruction make the country very difficult to recover in the foreseeable future. Agricultural commodities dominate exports, but the importance of industrial products has increased. Due to economic special regulations for foreign-owned industry, only a small part of the income from the production increase will benefit the country.

In 2010, the capital Port-au-Prince was hit by a powerful earthquake and nearly 225,000 people were killed. The city and the country have still not recovered from this disaster. The situation worsened further in 2012 when the country was hit by tropical cyclone Sandy.