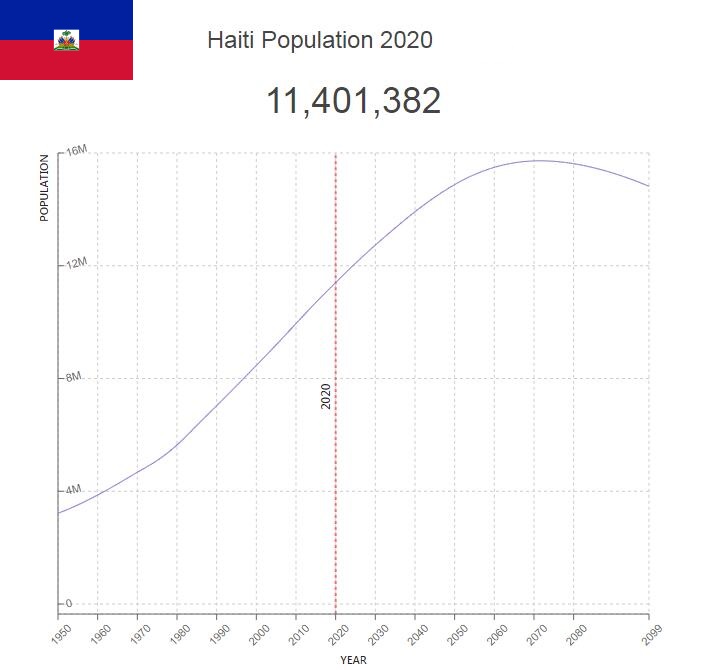 In 2016, Haiti’s population was estimated to be 10,847,334 by the World Bank. Life expectancy has increased from 56 years in 1995 to 63 years in 2015. Deep poverty combined with economic and social collapse has led to large illegal emigration to the Dominican Republic and the United States. 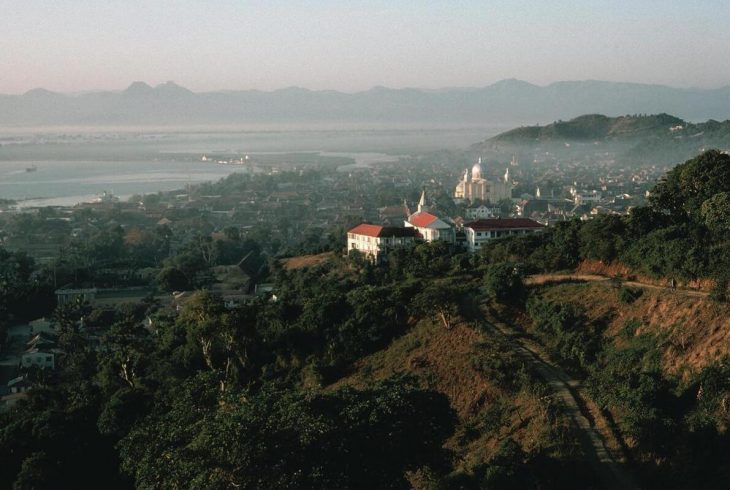 About 95 percent of the population is descended from African slaves. The rest is mostly of mixed origin, which throughout most of the country’s history has been the governing class of society and has gone by the name of “elite”.

Population density is very high, and in several places the population density is so great that scarce land resources are under great pressure. About 60 percent of the population lives in cities. The most densely populated are the Cul-de-Sac descent with Port-au-Prince, the descent around Lake Étang Saumâtre and the Artibonite Valley. The capital Port-au-Prince is Haiti’s largest city with around 2.44 million residents (2015).

Population of Haiti by Year (Historical)

Major Cities in Haiti by Population

There is religious freedom in Haiti. About 54 percent of the population is Catholic and about 28 percent are Protestants (Adventists, Baptists, Pentecostals). An unknown but significant number also practice voodoo, a traditional, popular form of religion based on elements of West African religions and Catholicism. In 2003, Voodoo was officially recognized as a religion in Haiti, in line with the other religious directions.

The official languages ​​are French and Haitian Creole (Haitian) with vocabulary mainly derived from French. More than 90 percent of the population is native to Creole, and the rest are fully bilingual. Creole now has a standard written language.