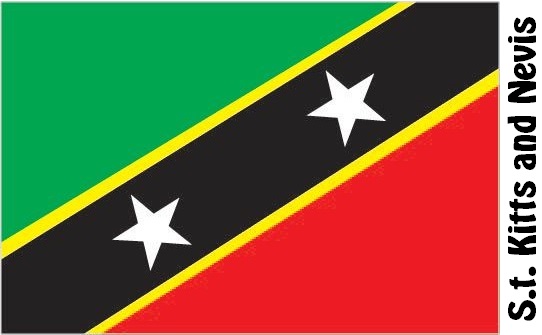 The country consists of the main island of Saint Christopher and the smaller island of Nevis. The central parts of both islands are occupied by a volcanic mountain range, and the beaches consist largely of sand. The pass winds give the islands a pleasant climate. However, hurricanes occasionally cause severe damage.

Saint Christopher and Nevis are members of the Commonwealth, and the Head of State is the British Monarch, represented by a Governor General. Parliament has a chamber of eleven elected members and three senators; the term of office is five years. The country became independent in 1983.

Agriculture focused on sugar is the traditional main industry, but as profitability in the sugar industry has decreased, attempts have been made to replace sugar with other crops. cotton and coconuts. The industry is small and mainly comprises the processing of agricultural products and the production of consumer goods. The tourism industry is now an important part of the economy. 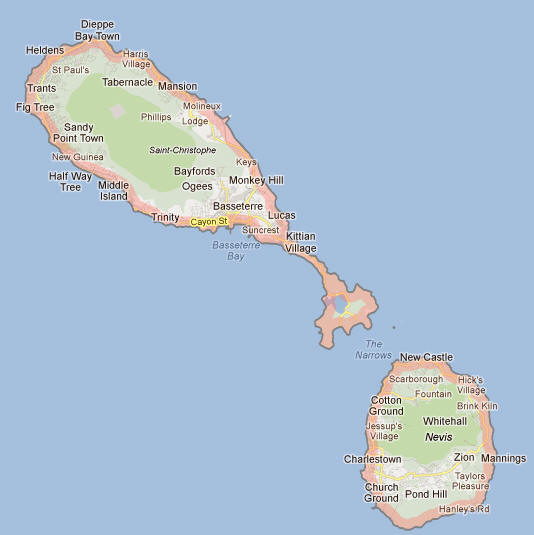