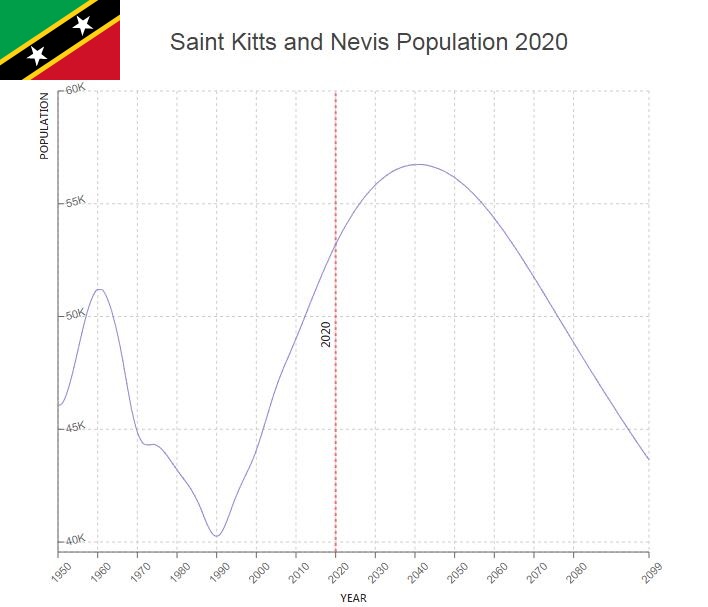 Saint Kitts and Nevis consist of two lush and mountainous islands in the Caribbean. The country’s location has made it a transit country for drug trafficking from South to North America. The drug smuggling has made the country one of the world’s highest number of homicides per capita.

The population of Saint Kitts and Nevis in 2013 was estimated at 54,000 (World Bank). The majority of the current population are descendants of African slaves who were brought to the island to work on the sugar plantations.

The islands are relatively densely populated. About 76% of the residents live on St. Kitts, where the country’s capital Basseterre is located (18,000 residents in 1995).

Population of Saint Kitts and Nevis by Year (Historical)

Major Cities in Saint Kitts and Nevis by Population

Christianity is almost one-sided. The largest Protestant religious communities are Anglicans (32%) and Methodists (27%). 36% are affiliated with other Christian faiths or denominations, mainly the Catholic Church.