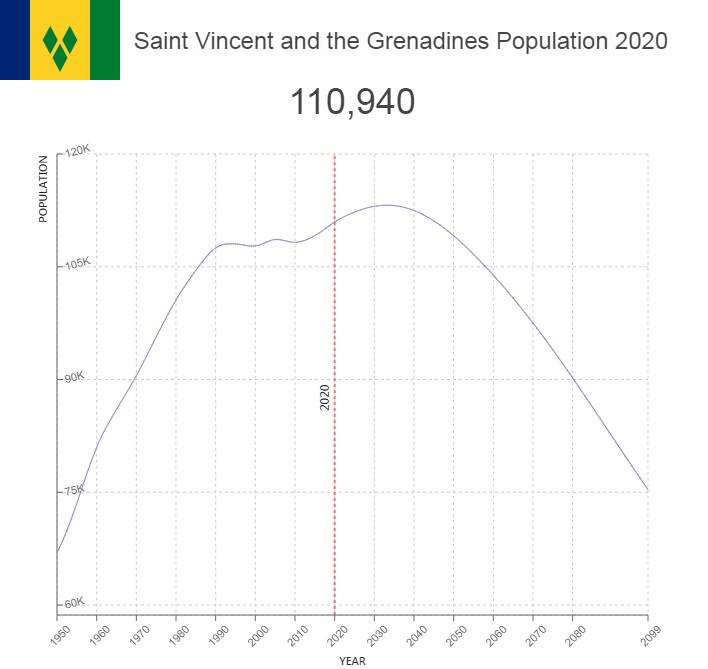 Saint Vincent and the Grenadines is one of the poorest countries in the eastern Caribbean. Regular natural disasters such as hurricanes and volcanic eruptions have led to major devastation, high unemployment and widespread poverty.

Population of Saint Vincent and the Grenadines

The population of Saint Vincent and the Grenadines is estimated at 109,000 (World Bank 2013). Most of the residents (just over 80%) are of African origin. Otherwise a section of Native American and Asian (Indian) origin.

About 93% of the residents live on the main island of Saint Vincent, which has a high population density. On the southwest coast of the island lies the capital Kingstown. The northernmost islands of the Grenadines have denser settlement than the islands in the south.

The majority of the population profess Christianity; About 41% are Anglicans, approximately 21% are Methodist and approximately 11% are Catholic. The Seventh-day Adventist community also has many members.

The official language is English. English and French Creole languages are widely spoken.