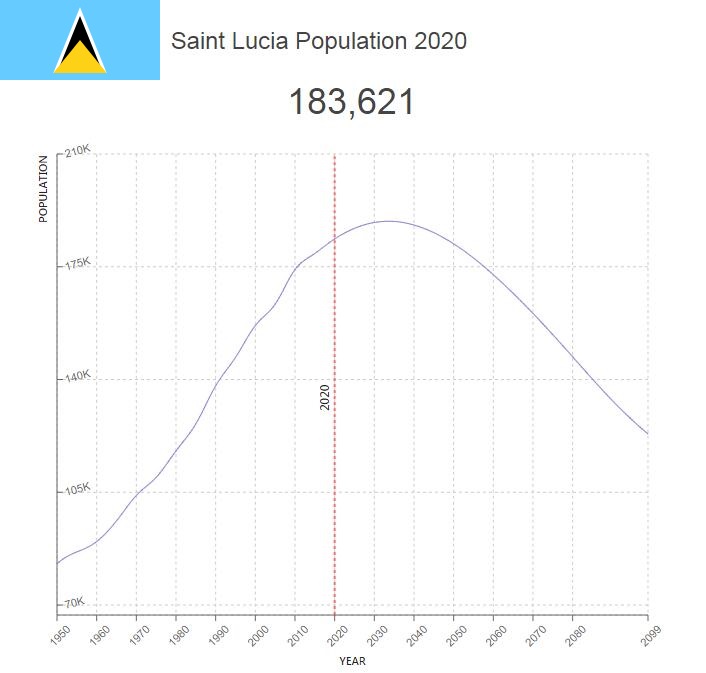 Saint Lucia’s strategic location in the Caribbean has made the island the site of European colonization. Today, the country is struggling with widespread poverty and high crime related to drug trafficking throughout the region.

The population of Saint Lucia in 2013 was estimated at 182,000 (World Bank). The population consists mainly of descendants of African slaves, who were brought to the island as laborers on the sugar plantations.

The island is densely populated (298.8 per km2); closest settlement around the capital Castries.

Christianity is almost one-sided. About 79% of the population belongs to the Catholic Church. About 20% are Protestants. Anglicans and Seventh-day Adventists.