Saint Helena is a volcanic island located in the South Atlantic. Approximately 7,000 people inhabit the 412 square kilometers of land, most of whom are Christian. English is the primary language, the currency is the Saint Helena pound, and the capital is Jamestown.

On May 21, 1502 (St. Helena Day), the Spanish navigator Nova reached the island. In 1653, the Dutch occupied the island, with the British replacing the Dutch East India Company in 1659. From 1815 to 1821, the French emperor Napoleon was exiled, imprisoned, and eventually died on the island. In April 1854, the British Parliament passed a resolution assigning the island to the British Crown Colony, sent by the British Governor.

The main economic activity is fishing. Swallows and turtles abound. The main crops are corn, potatoes, and vegetables, with fisheries tax, stamps, and handicrafts the main source of income. Crayfish fishing is also a major industry. St. Helena Island is one of Ascension and Tristan da Cunha, Ascension Island to which middle Gu “Green Turtle” known. 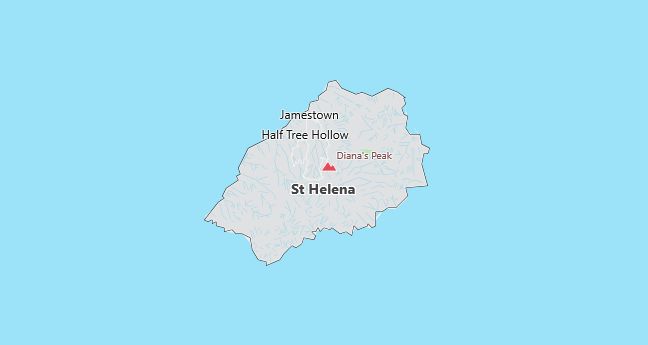