The Bahamas consists of approximately 700 coral islands spread over a wide band that extends more than 800 km between Florida and Haiti. It is best known for its pleasant subtropical climate. Persistent winds have a cooling effect, while tropical hurricanes often cause great havoc. Extensive forests of Caribbean pine are spread on the larger islands in the northwest. Otherwise, the vegetation consists mostly of shrubs and low trees.

The Bahamas is an independent member of the Commonwealth. The British monarch is the head of state and is represented by a Bahamian general governor, appointed on a proposal by the country’s prime minister. Parliament consists of a Senate and a National Assembly whose members are elected in general elections for five years.

The country achieved full independence in 1973 and has one of the Caribbean’s strongest economies. Prosperity is based mainly on tourism and finance. However, since 2006, the tourism industry has experienced a decline. The islands attract more than 1.5 million tourists annually. The conditions for agriculture are relatively poor, and the agricultural industries are of only marginal importance. 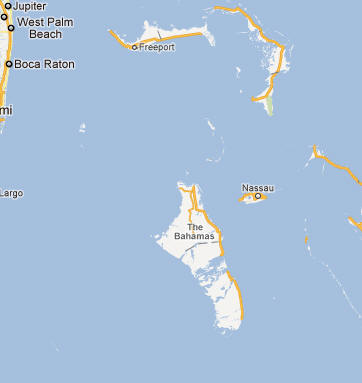