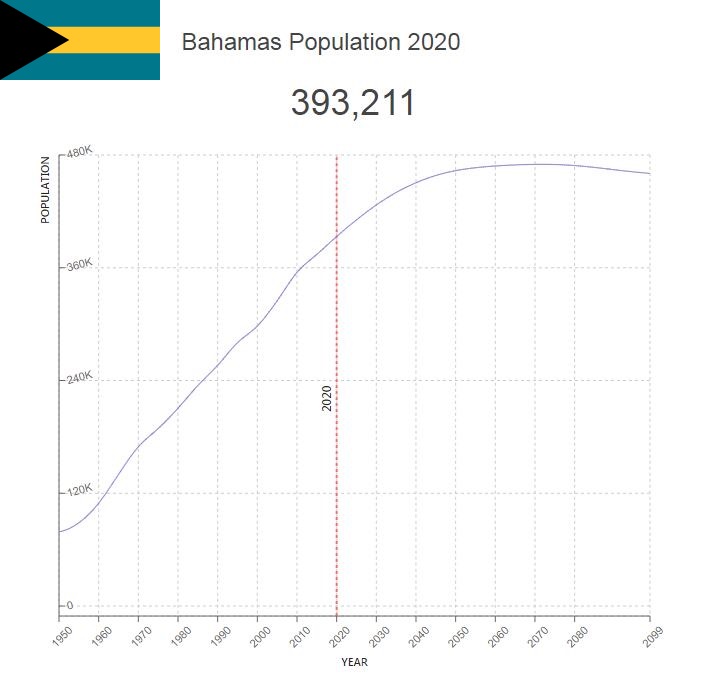 The Bahamas is a holiday paradise in the Caribbean consisting of over 700 islands. Although the country has few natural resources and large geographical distances, it has a relatively stable economy.

The population of the Bahamas was estimated at 377 374 (World Bank 2013) and annual population growth at 1.4%. Life expectancy is 78.0 years for women and 72.0 years for men. About 85% of the population is black. Whites, essentially of British, American and Canadian backgrounds, account for 12%.

Population of Bahamas by Year (Historical)

Major Cities in Bahamas by Population

English is the official language.