Mexico, state of southern North America; 2 million km2, 126.2 million residents (2019). Mexico has land borders with the US in the north and Guatemala and Belize in the south as well as the coast towards the Gulf of Mexico in the east, the Caribbean in the south-east and the Pacific in the west. The country is divided by the northern tropic into two roughly equal parts. The capital is Mexico City (8.4 million residents, 2019).

Mexico is primarily a highland with a heavily broken surface, tipped to the north and confined to the east and west by mountain ranges. In addition, the Baja California peninsula in the northwest and the Yucatán peninsula in the southeast. Along the Gulf of Mexico, a coastal plain is spreading, which quickly tapers south. The coast is swampy and has plenty of lagoons and sandy reefs with plenty of coral islands outside. The northern part of Mexico has tropical steppe and desert climate, while in the south there is predominantly savannah climate.

It is a federal state with great power on the part of the federal president. He is elected for six years and is also the head of government. The Congress, which is the legislative body, consists of two chambers: the Chamber of Deputies elected every three years, and the Senate elected for six years.

The country has rich assets of oil and various metals. These are the most important industries, together with the manufacturing industry, agriculture and tourism. The Mexican economy has gone from oil dependency and import substitution to being characterized by economic liberalization and diversification, driven by the export-oriented composition industry. However, after a strong recovery in the late 1990s, growth has been weak. In recent years, the country has been hit hard by the economic crisis in the United States, which is Mexico’s main trading partner. 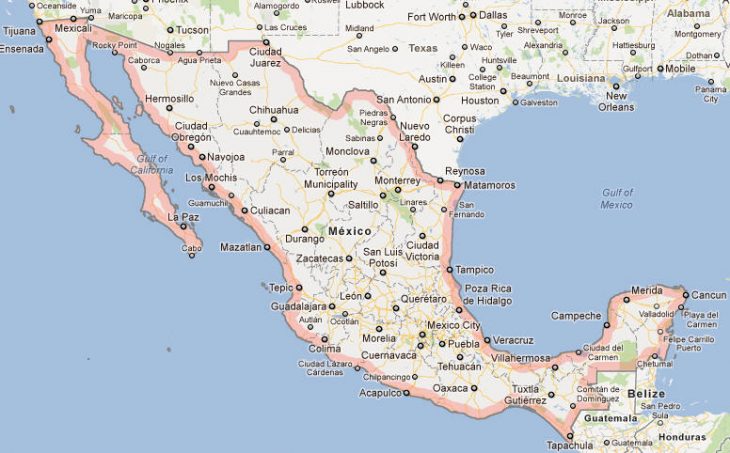