Canada, State of North America; 9.97 million km2 (of which 9.2 million is land area), 37 million residents (2019).Canada encompasses the entire continent north of the United States, with the exception of Greenland (Denmark), Alaska (state of the United States) and the small French islands of Saint-Pierre-et-Miquelon on the east coast south of Newfoundland. The US border from the Pacific coast to Lake of the Woods, northwest of the Great Lakes, follows the 49th latitude. Federal capital is Ottawa (989,600 residents, 2017).

Canada consists of the Canadian Shield, a plain and plateau landscape that surrounds Hudson Bay and extends to the Rocky Mountains to the west. Several lakes lie on the border between the shield and the younger bedrock in the west. Farthest in the north, the Arctic island world is spreading up to northern Greenland with Ellesmere Island, Baffin Island and Victoria Island as the largest.

The country is a member of the Commonwealth, and the head of state is the British monarch, represented by a general governor. The legislative power is exercised by a two-chamber parliament: the senate, which is elected by the government on a regional basis, and the lower house, which is elected in general elections every four years. The legislative power lies on the lower house. The country, which became independent in 1931, is divided into two major language and cultural circles, one Anglo-Saxon and one French.

Canada is one of the world’s richest countries with large natural resources (forest, mineral, oil and gas) and a well-developed industry. The country is dependent on international trade, and the connection to the US is strong. A restructuring of the country’s economy has been ongoing since the 1960s, and the importance of the manufacturing industry has diminished every year while the service sector has grown. 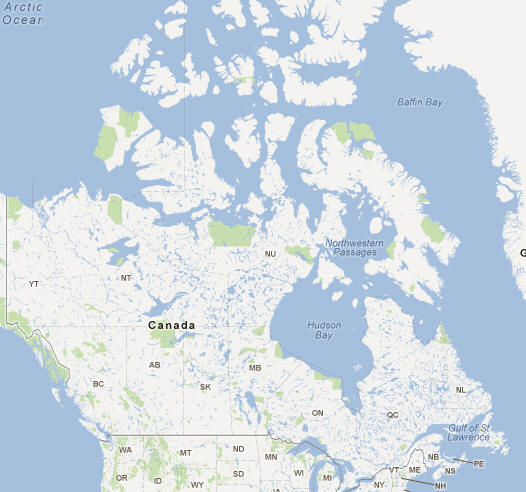