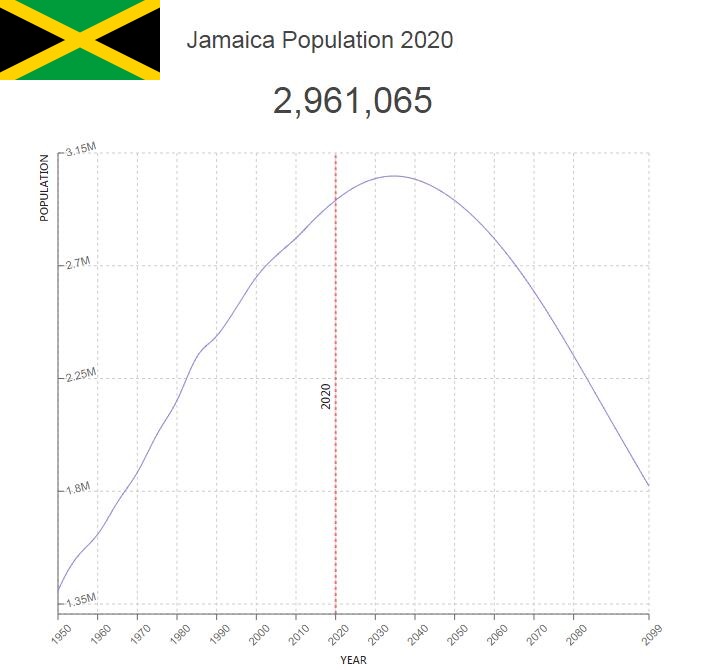 Despite economic growth in recent years, Jamaica has major social problems, widespread poverty and widespread gang crime. The island is known for reggae music and the rastafari movement, which emerged as a backlash against discrimination against the colored population.

The population of Jamaica was estimated at 2,715,000 in 2013. The annual population growth is estimated at 0%. The birth rate has dropped from around 40 ‰ in the 1960s to 15 ‰ in 2012, partly as a result of family planning. By the mid-1980s, almost 40% of the population was under the age of 15, in 2013 the proportion had dropped to 27%. The emigration is great, especially because of high unemployment. Today, Jamaicans live outside Jamaica than in Jamaica (Globalis 2015). Most emigrate to the United Kingdom, the United States and Canada. 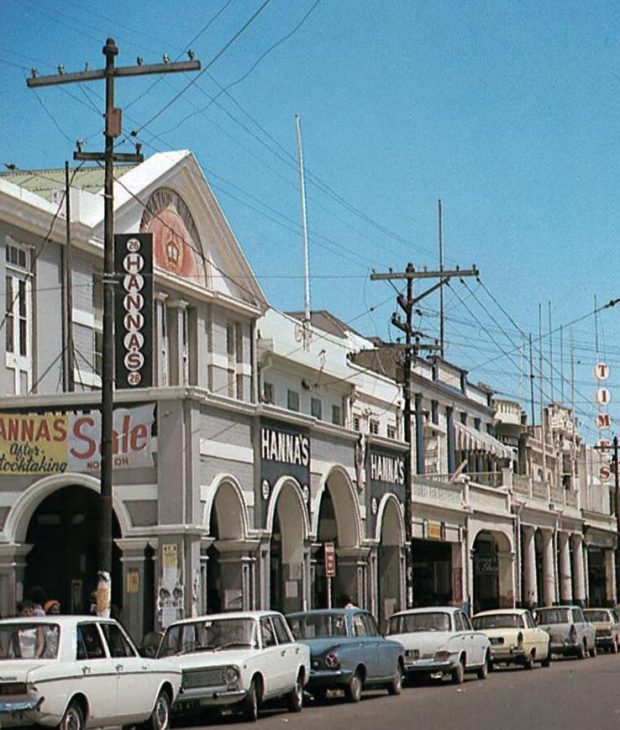 Jamaica was originally populated by arawaker. After the Spanish colonization, this population was dramatically reduced. From the latter part of the 1600s, substantial imports of slaves from Africa took place, and today’s population is largely descendants of these and immigrants from Europe and Asia, especially Japan and China. Thus, as is the case in the Caribbean, Jamaica has an ethnically heavily mixed population.

The population is very unevenly distributed on the island. The coastal plains and mountain valleys are very densely populated, while the calcareous plateaus have a low population density. As a result of relocation from the countryside, an ever-increasing proportion of the population lives in cities (1960 31%, 2014 54%). Major cities are the capital Kingston, Spanish Town, Portmore and Montego Bay.

Population of Jamaica by Year (Historical)

Major Cities in Jamaica by Population

About 80% of the population is considered Christian, approximately 70% Protestants and 11% Catholics. Christianity has strong elements of West African religions, including through the kumina, a peoples religion that was developed during the slave era. Jamaica’s peoples religiosity is characterized by the rastafari movement, which is also closely related to Christianity. Emperor Haile Selassie of Ethiopia (Ras Tafari) is seen as a figure of salvation.

The official language is English. The colloquial language (patwa) is a Creole language with vocabulary mainly from English, but with many loan words from West African languages ​​and with distinctive pronunciation. Standard English is used as written language and administrative language.