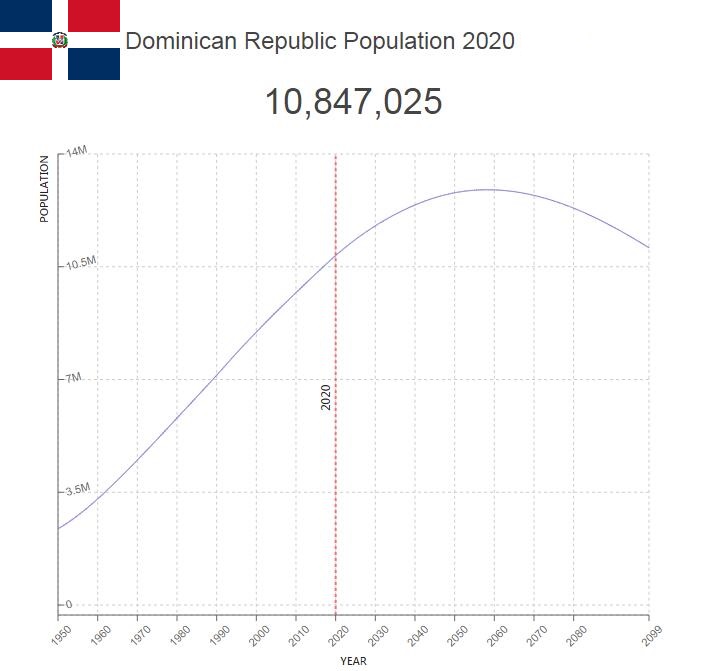 The Dominican Republic has undergone several periods of dictatorship-like regimes. Today, poverty is widespread, and the social divisions in the country are great. The tourism industry is growing strongly and is an important source of income for the country.

The population of the Dominican Republic is estimated at 10 404 000 (World Bank 2013) and population growth at 1.2% per year. About 30% of the population is under 15 (2013). Life expectancy is 76.5 years for women and 70.2 years for men. Many have emigrated to the United States, especially to New York. An important part of the country’s income comes in the form of money transfers from Dominicans abroad. At the same time, many immigrants, legally and illegally, come from Haiti. Until the 1990s, they worked primarily on the sugar plantations, but in recent decades this has changed. The Haitians now work mainly in the construction industry, in tourism, as well as in agriculture and industry. 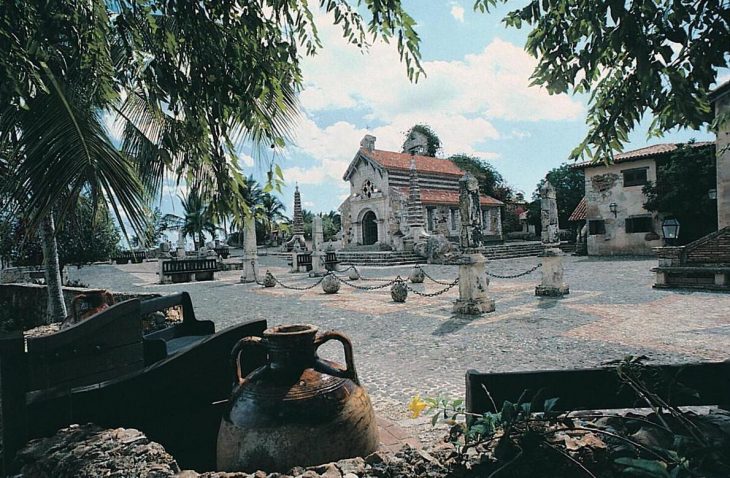 The population is mainly of mixed African and European origin. 73% are considered mixed (mestizos), 16% white (blancos) and 11% black (negros). The whites descend to the majority of Spanish colonists and immigrants, the blacks being descendants of the many African slaves brought here to work on the sugar plantations. Prior to the Spanish conquest, Hispaniola was populated by Arab-speaking Indigenous peoples and groups of guanahatabey (or ciboney), whose linguistic affiliation is unknown. The last, representing the indigenous people, were hunters and sankers, while the arawakers engaged in farming.

Population density averages 215.3 per km2 (2013). The most densely populated area is the Ciba Valley, where nearly half of the country’s population lives. About 66% live in cities and towns. The largest cities are (2000): the capital Santo Domingo (approximately 2.7 million residents) and Santiago de los Caballeros (580 700 residents).

About 91% of the population belongs to the Catholic Church; there are also Protestant and Jewish minorities.

The official language is Spanish.