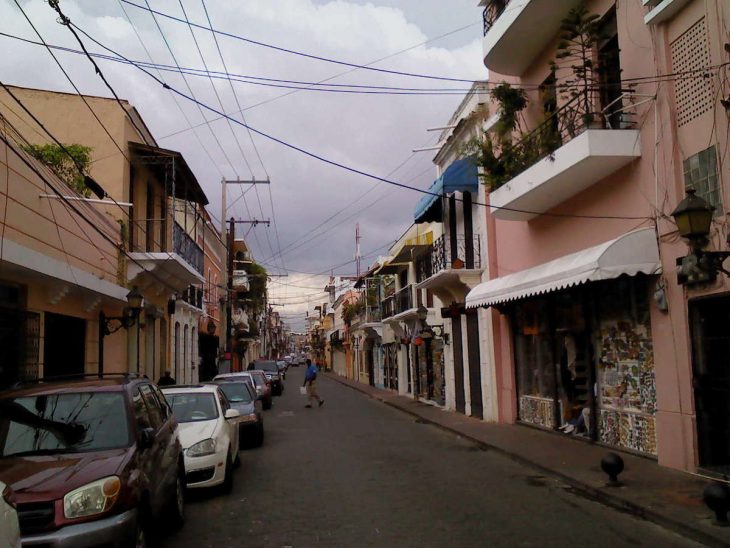 Santo Domingo is the capital and largest city of the Dominican Republic. The city is located on the south coast, at the outlet of Río Ozama in the Caribbean. It has 2 945 000 residents (2015, CIA World Factbook).

Santo Domingo is the country’s industrial, cultural, administrative and economic center. The city has a mix of colonial buildings in the old town, modern high-rise structures, as well as large areas with different neighborhoods where the regular Dominicans live and work. Santo Domingo is the country’s most important port city, with both exports of agricultural products and extensive passenger traffic. It houses the textile, food, petrochemical and cement industries. The city also has 18 universities and other educational institutions. The country’s financial wealth is centered in the capital, as well as in the Cibao area northwest of Santo Domingo.

In 1936, the dictator Rafael Trujillo named Santo Domingo after himself, thus renaming the Ciudad Trujillo, which it was called until Trujillo was killed in 1961.

The city’s place in colonial history

Spain’s colonization of America began in many ways in the Dominican Republic, and Santo Domingo was quickly established as a hub. The city was founded in 1496 by Bartolomeo Columbus, a younger brother of Kristoffer Columbus. Later Spanish expeditions to the American mainland would make Santo Domingo a more peripheral outpost in the Spanish empire, but the city’s place as an important part of the early phase of colonization, for good and bad, is undisputed. This is visible today in the Dominican Republic and in Santo Domingo in particular.

The first university in America was founded in Santo Domingo in 1538, and is considered the precursor of the current state university Universidad Autónoma de Santo Domingo. However, there are several universities in America that claim to be either the first or what has been run the longest uninterrupted.

The center of Santo Domingo houses many old buildings, museums and more. The Fort Torre del Homenaje from 1503 is considered America’s oldest, and the Basilica of Santa María de Santo Domingo (1521-1540, restored in 1992) with Columbus’s tombstone is America’s first cathedral. Masonry from the city’s origins remains intact, such as the Ozama Fort from the early 16th century.

In 2009, the first Dominican metro in Santo Domingo opened, as part of a plan to ease traffic in the densely populated and heavily trafficked capital. In the first three months of 2017, the subway had nearly 19 million passengers, according to the Dominican Statistics Bureau.

In total, the two metro lines extend 48.5 kilometers. Line 1 runs north-south, which is a significant relief for traffic between the neighboring municipality of Santo Domingo Norte and the downtown areas of Santo Domingo. Line 2 has a crossing route, from west to east. The two lines meet at Juan Pablo Duarte station.

Despite the relief from the subway, Santo Domingo’s traffic picture is still characterized by a lot of queuing and noise. The offer for the majority who cannot travel by car is buses, motoconcho (motorcycle taxi) and often very worn carros públicos, that is, cars that run regular routes as part of the public transport service. More than half a million households in Greater Santo Domingo report being plagued by traffic noise.

You can drive with different bus companies to all corners of the country from Santo Domingo, and there is also bus and flight connections to neighboring Haiti. Four out of five national highways start in the city.

The city has a very proper cultural life. Music, dance, art, theater and film live in the streets, on the stage and in the various institutions. The same goes for the city’s many museums, galleries and concert venues. The bulk is found in the city center neighborhoods.

The most popular destinations for tourists visiting the city tend to be the seafront promenade, El Malecón, and the central old town, Zona Colonial. In the latter one can walk along buildings from the first permanent European settlements in America. A popular place in the old town is Plaza España, with an associated castle from the time of Diego Columbus as viceroy under the Spanish throne, in the early fifteenth century. Diego Columbus was also the son of Kristoffer Columbus. Most people who visit Santo Domingo as a tourist will find their way across the pedestrian street El Conde. The Old Town also houses cafes, bookstores and shopping, restaurants and nightlife.

In addition, tourists and locals alike find a wealth of shopping opportunities in the richer neighborhoods, especially in the larger malls. 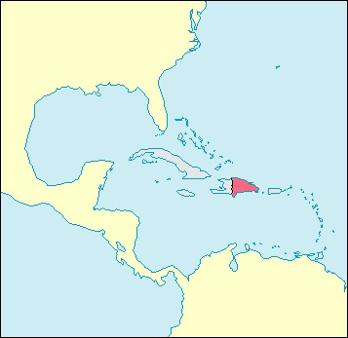