Panama, State of Central America; 77 100 km2, 4.2 million residents (2019).Panama, which is located in the southernmost and narrowest part of Central America, borders Colombia in the east and Costa Rica in the west, and has coasts to the Caribbean Sea to the north and to the Pacific Ocean to the south. Panama is divided midway from the northwest to the southeast by the Panama Canal. The capital is Panama City (441,000 residents, 2012). 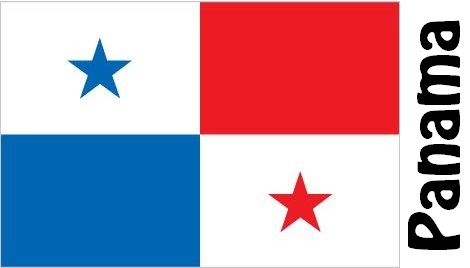 Panama is the easternmost part of the Central American strip of land, and most of the country consists of a hot lowland area. Plains and hill areas spread along the coasts. To the west of the Gulf of Panama, the Azuero Peninsula extends far south. Most of the country has a humid tropical climate; only along the Pacific coast is it drier.

The President, who has the executive power, is elected for a five-year term. The members of the Legislative Assembly are also elected for five years. The country’s business is largely based on service income from the Panama Canal, banks and the Colón free trade zone. However, channel traffic is now less important to the country’s economy than during the 1990s – international banks, industry, commerce and shipping generate more tax revenue than the channel does. The main export products are bananas, sugar, coffee, shrimp and clothing. 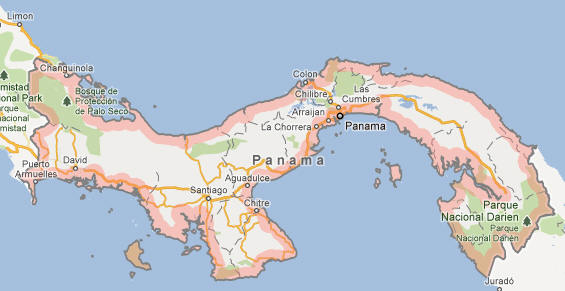