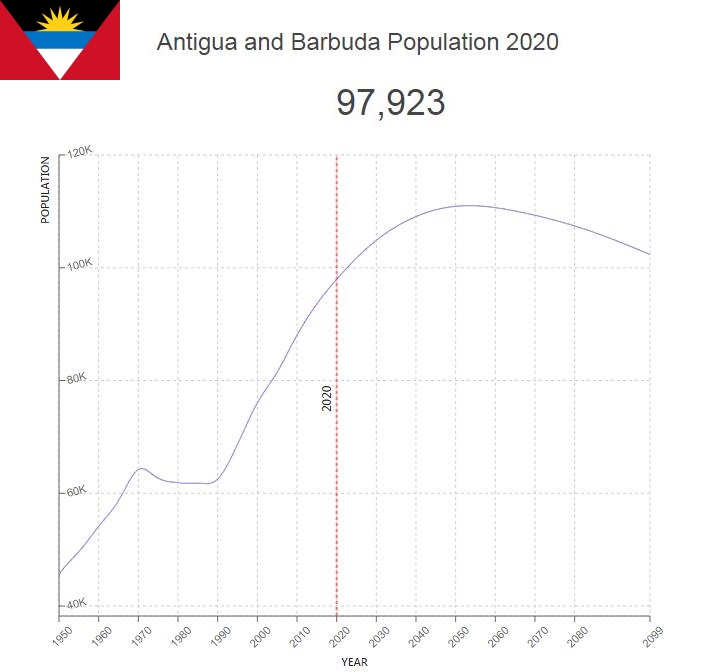 The country has 365 beaches, one sandy beach for every day of the year. It attracts many tourists to the archipelago.

In 2013, the population of Antigua and Barbuda was estimated at 89 985 (World Bank). Life expectancy is 78.1 years for women and 73.3 years for men. The residents are mainly of African origin and are descendants of slaves who were brought to Antigua to work on sugar plantations. The vast majority, approximately 98%, reside in Antigua; the others at Barbuda. The only settlement on Barbuda is Codrington, located by a lagoon on the island’s west side. Redonda is uninhabited. The largest city is the capital of Saint John’s.

Population of Antigua and Barbuda by Year (Historical)

Major Cities in Antigua and Barbuda by Population

The official language is English.

The majority of the population belongs to the Anglican Church. There are Catholic and Protestant minorities.