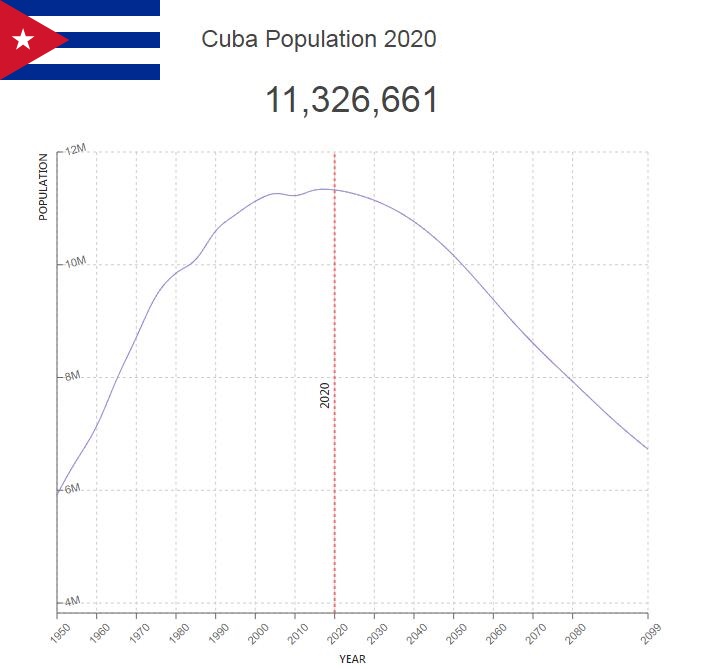 Cuba is a one-party socialist state and, as a result, has lived for more than 50 years with US sanctions and trade blockades. In recent years, both economic and political reforms have been implemented, but the Communist Party still has all the power.

The population of Cuba in 2013 was estimated at 11.3 million (World Bank) and annual growth to approximately 0%. Thanks to family planning and comprehensive health campaigns, birth rates and death rates have dropped sharply since 1959, and today are among the lowest in Latin America. In 2013, they were 9.6 and 7.6 respectively. Also, infant mortality (5 per 1,000 live births 2013) shows low values. Life expectancy is 81.1 years for women and 77.1 for men (2012). 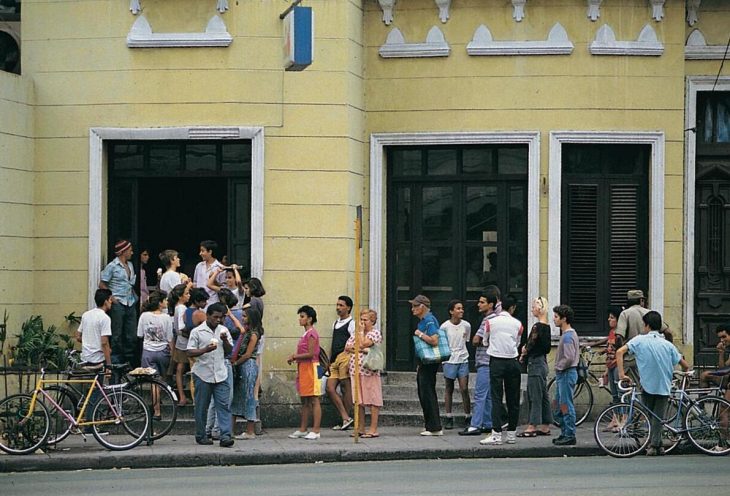 The Cuban population has a mixed ethnic and cultural background where Spanish and African dominate, but there are also French, Chinese and North American elements. 66% of Cubans consider themselves white, known as “criollos”, 12% are black and 21% are “mulatos”. The Chinese make up approximately 1%. Most blacks are descendants of slaves who were taken from countries such as Nigeria, Senegal and Gambia during the colonial erato work on the sugar plantations. Cuba was the last place in the Caribbean where slavery was abolished; that did not happen until 1886. Remnants of the ethnically characterized social stratification still exist. The vast majority of management positions in any sector are white, while blacks are particularly prominent in sports and music. The majority of blacks live along the coast and in the southeastern provinces.

After the revolution great social welfare was invested for the entire population. free health care for the population and one of the highest medical and hospital coverage rates in the Western Hemisphere. However, it is clear that the serious financial problems of recent years, with extensive commodity shortage and rationing, are causing a deterioration in people’s living conditions and jeopardizing much of what has been gained in the social sphere.

Many Cubans have, after Castro’s takeover, emigrated or fled to the United States, especially to the Miami area of Florida.

Population of Cuba by Year (Historical)

Major Cities in Cuba by Population

The first residents were Indians, who came there in several pools, the first maybe 7,000 years ago. At the beginning of the Spanish colonization in 1510, nearly 500,000 Indians lived in Cuba. After 50 years, the Indians were practically exterminated, either killed by the Spaniards or killed by European diseases or by collective suicide.

The population density is 105.8 units per km2 (World Bank 2013). The most densely populated is the western part, where Havana alone has 20% of the population. Havana, however, has not been raised by pure slums by pattern from the rest of Latin America. The share of the population in cities and towns is 77%, and the largest cities are (population 2000): Havana (2.2 million), Santiago de Cuba (0.4 million) and Camagüey (0.3 million).

The official language is Spanish.