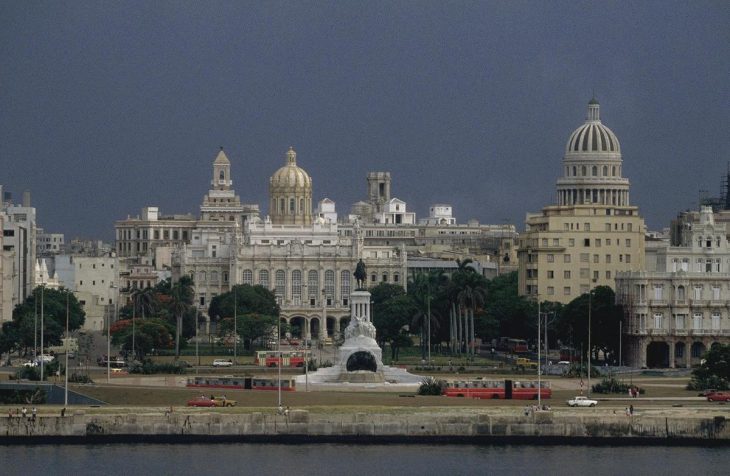 Havana is the capital of Cuba and the largest city in the Caribbean. The city is located on the north coast of Cuba and had 2 106 146 residents in 2012. Havana is the country’s economic, political and cultural center and has one of the Caribbean’s best natural harbors. Havana’s Old Town is on the UNESCO World Heritage List.

Much of Cuba’s foreign trade goes over the city’s port. Especially sugar cane, tobacco and fruit are exported. The industry refines the agricultural products of the country (sugar refineries, tobacco and chocolate factories, distilleries, breweries and textile factories). Other industries include the iron and steel industry, consumer goods industry, chemical industry, petroleum refining and more.

Havana has a university from 1728, a college of engineering and agriculture, an art academy, a national library, a national museum, a botanical garden, several theaters, and is not least a major tourist destination.

The cityscape is characterized by a mix of old and new, with memories of the city’s colonial past side by side with modern architecture. The old town (La Habana Vieja) is at the narrow port entrance. The district is characterized by small Spanish colonial-style houses and large buildings from the 16th and 16th centuries, such as the castles of Castillo del Morro (1589–1630) and Fortaleza de la Cabaña (1763–74), the Governor’s Palace (Palacio de los Capitanes Generales, 1780), Santa Clara Monastery, Jesuit Cathedral (1704) and several other churches. Through the old town, the main street Paseo Martí (formerly Prado) goes to Parque Central with the former parliament building Capitolio. La Habana Vieja is on the UNESCO List of World Cultural and Natural Heritage.

The newer districts (including Centro and Vedado) extend to the sea west of the old town. Along the sea goes the impressive beach avenue Malecón with many modern public buildings, business estates and hotels, including Hotel Habana Libre. The city’s administrative center is located around the Plaza de la Revolución, with ministries, the Communist Party headquarters, the National Museum, the National Library and more. The international airport (José Martí) is located approx. 15 km south of the city in Havana’s “green belt” (Cordon de La Habana).

Founded in 1515 by Diego Velázquez, Havana became an early staple and hub of the Spanish business in South and Central America. English and French pirates attacked and besieged the city several times in the 16th, 16th and 17th centuries. Construction of the large fortifications began in 1589, and during the 1600s the city became the strongest military support point in the Americas in America. British forces kept Havana occupied for 11 months in 1762, before the city was returned to Spain in exchange for Florida. After the restrictions on trade were lifted in 1765, Havana soon became one of the world’s major trading cities. Spain renounced Cuba after the Spanish-American Warin 1898, and US forces occupied Havana until 1902. Until the revolution in 1959, Americans had great financial interests in the gaming casinos and the tourism industry, which was the city’s economic base. In 1976, the city’s borders were significantly expanded, and former suburbs such as Guanabacoa, Mariano and Regla were incorporated into Havana. 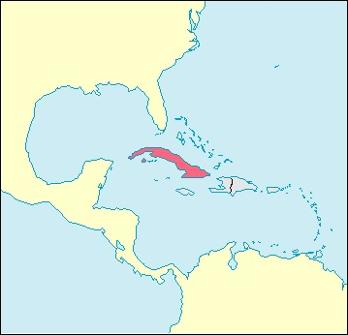