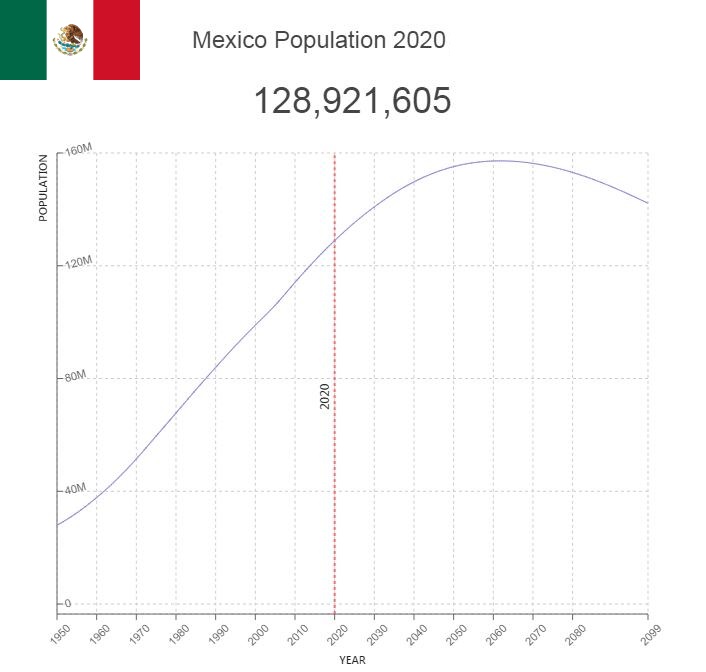 Mexico’s ancient history has left archaeological treasures from ancient Native American cultures. The country has significant natural resources and is the second largest economy in Latin America, but its wealth is unjustly distributed among the population. Violence and organized crime are serious societal problems.

In 2013, the population of Mexico was estimated at 122 332 000 (World Bank), annual population growth to 1.2%. Life expectancy for women is 79.6 years and 74.8 years for men. Declining birth rates, 18.8 percent (against 34 per thousand 1980–85), have reduced the strong population growth somewhat. While in the mid-1980s it was over 40% under the age of 15, this proportion had dropped to 28.5% in 2013. However, it is labor migration, especially to the United States, which has contributed most to the decline in population growth. An estimated 6 million Mexicans live in the United States without a legal residence permit. Up to 3 million people cross the border illegally every year. Most “wetbacks”, as they are called – because they water or swim across the Rio Grande which separates the two countries – leaves in connection with the fruit harvesting season and returns home after a short stay. In addition, some border residents are day commuters. Mexico has also long been a refuge for political refugees, and many Latin Americans have stayed here in recent years. 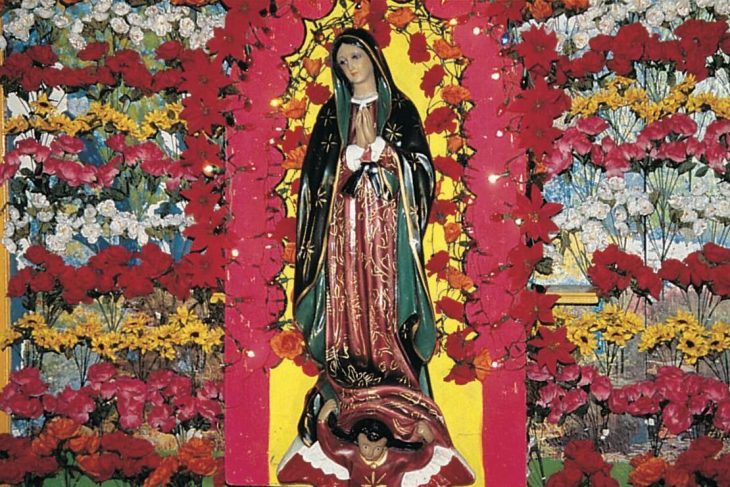 The Native American population, estimated at 4.5 million in 1492, declined during conquest and early colonial times. Later, it has remained fairly constant. The percentage of Native American speakers is declining. This is due to a general bias or “mastering”, which particularly affects areas where Native American language and way of life stand weak vis-à-vis an expanding large community. Nevertheless, official Mexico gives the outside world an emphasis on Native American origins and pre-Columbian characteristics. Around 60% of the population are mastics, 30% are Indians and 9% are white of European descent. Blacks, Asians and Arabs further contribute to the country’s ethnic diversity.

Mexico has a population density of 62.9 per km2 (2013). The most densely populated is Mesa Central, or the plateau country around the capital, which has over half of the country’s population. The arid areas of the north and the coastal states of the south are relatively thinly populated. Since the 1940s, rural population pressure has led to a growing shift from country to city, especially to the capital Ciudad de México. Over 70% of the population lives in cities, and the capital Ciudad de México, in the Norwegian city of Mexico, is one of the world’s largest cities.

Population of Mexico by Year (Historical)

Major Cities in Mexico by Population

The Spanish conquest of the 16th century led the Catholic Church to a very dominant position, with a powerful hierarchy and numerous monasteries. After the Constitution of 1917, a complete distinction was made between state and church, and the new state was clearly hostile in the following decades. 90% of the population is said to be Catholics. However, many elements of Native American religions live on within the church, especially in connection with the saint’s cult. Particularly important is the cult of Mexico’s patron saint, the Virgin of Guadalupe, founded in 1531, with its center on the outskirts of Ciudad de México in the same location as the former Aztec temple. Several of the Native American people of Mexico have developed syncretistic religions in which features of Catholic Christianity are combined with traditional religions.