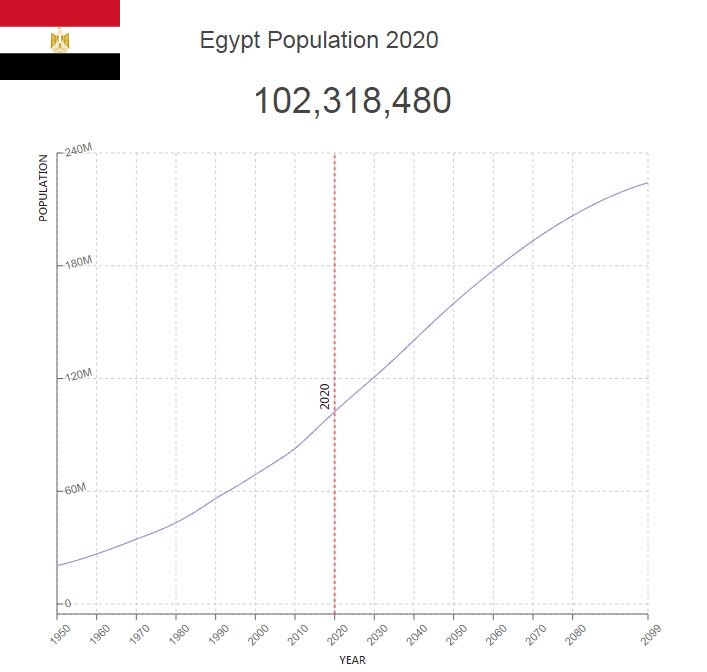 Throughout history, Egypt has been one of the world’s most important and influential countries. Today, Egypt has North Africa’s largest population and economy, but is struggling with widespread poverty and political unrest.

Egypt is a predominantly Arab country in North Africa with over 100 million residents, making it the third most populous nation in Africa. Most of them live along the Nile and Nile Delta, but still less than half live in cities. Islam is the dominant religion, with a significant proportion of Coptic Christians. 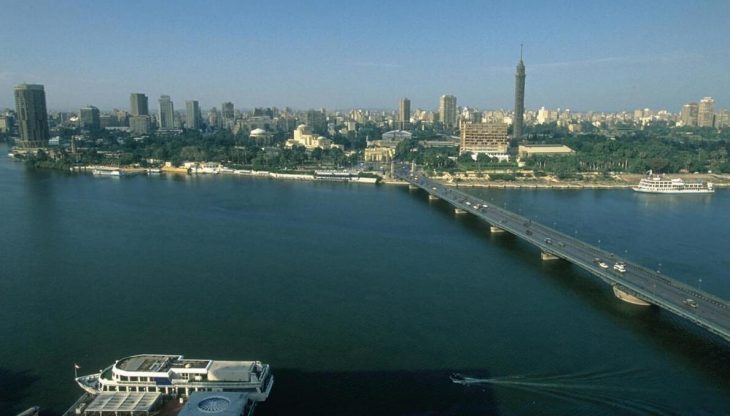 Population of Egypt by Year (Historical)

Major Cities in Egypt by Population

Egypt is the most populous country in the Middle East, number three in Africa (after Nigeria and Ethiopia) and number 14 in the world. Between 1985 and 2007, the population doubled. Although the average birth rate has dropped, it is estimated that Egypt, with an annual growth of 2.45 percent (2017), will reach 150 million by 2050. In 2017, the average number of births per woman was 3.5.

The population (about 95 percent) is concentrated along the Nile Delta, which with its access to water, provides opportunities for agriculture and employment. Egypt’s land area is mostly desert. Thus, it is costly to facilitate settlement in new areas.

The vast majority of Egyptians are considered Arabs. There are some ethnic minorities, as well as foreign immigrants. The population is the result of a mix of Hamitic and Semitic people, and ethnically constitutes a relatively uniform group. Despite numerous immigrations from the Middle East and the Mediterranean, the population, especially in Upper Egypt (the southern region), has maintained physical features with ancient Egyptians.

The largest ethnic minorities are Nubians, Bedouins and Berber- speaking Swais. Most Nubians live in the south of the country. The Bedouins are traditionally settled on the Sinai Peninsula and in the desert areas west and east of the Nile. The Siwas are located in the oasis community of Siwa in the Western Desert. In addition, there is a small group of the bedsja people, descendants of predynastic Egyptians, south of the Eastern Desert, as well as a small group of the Dom people.

Egypt’s official language is Arabic. Most of the residents speak one of several different Arabic dialects. Some Egyptians use Nubian languages, Siwi, Beja and Domari as their mother tongue.

The settlement pattern is strongly characterized by the geography, with large desert areas. Almost the entire population lives on a small area in the Nile Valley, in the Nile Delta and along the Suez Canal. This is among the most densely populated areas in the world.

An increasing proportion of the population lives in cities; in 2018 around 43 percent. In particular, the cities of the Delta area attract immigrants from the poor, overpopulated agricultural areas of Upper Egypt. The capital Cairo has around 20 million residents (2018). The second largest city is Alexandria with over five million residents. In recent years, new cities have been established in the desert, in order to reduce migration especially to the largest cities, if possible.

About half of the population of the Nile Valley is small farmers or agricultural workers, called fellah. In the Eastern Desert, most people live in cities along the coast. In addition, there are also nomads that live by animal husbandry and trade. In the Western Desert there are habitable areas along the coast and in oasis communities. The most important city in the Western Desert is Marsa Matruh, and the largest oasis communities are Kharga, Dakhla, Farafra, Bahariya and Siwa. On the Sinai Peninsula, the largest cities are al-Arish and Kantarah, but many also live in the tourist towns along the Red Sea coast.

Since the late 1970s, a significant number of Egyptians have emigrated abroad for shorter or longer periods. According to official figures from 2017, around a tenth, about ten million Egyptians, were living outside the country, most of them in other Arab countries as guest workers. Money transfers from these are important for the Egyptian economy.