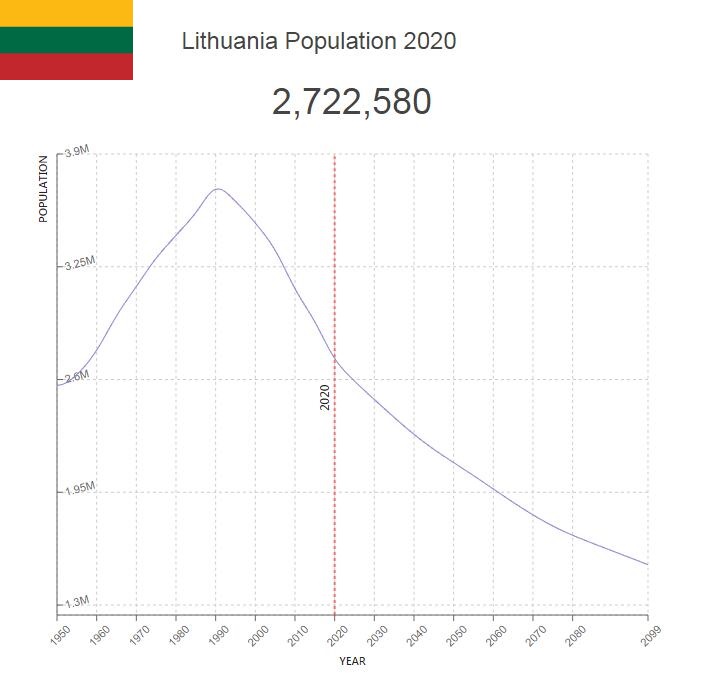 Lithuania is struggling with political conflicts, high emigration and an aging population. At the same time, the economy has made great progress in recent years.

The population is estimated at 2.9 million (2014). As in other European parts of the former Soviet Union, the birth rate has declined sharply, and population growth has therefore been small in recent years. Moreover, there has been considerable emigration. 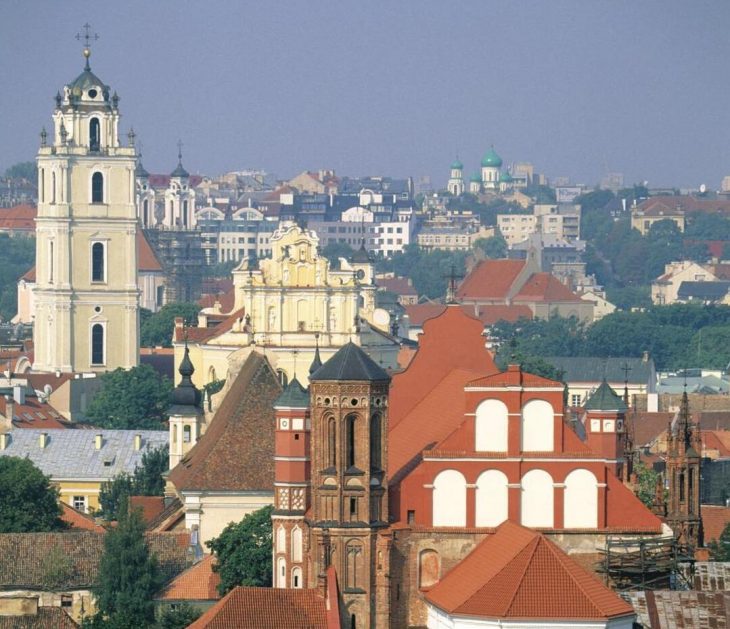 The 1939 population was 2.9 million outside the Memel area. The Lithuanians, who together with the Latvians belong to the Baltic branch of the Indo-European language group, made up 85% of the population; Jews 7%, Poles 3%, Russians and Germans 2% each. During and after the Second World War, the Lithuanian population was greatly reduced by war losses, mass exodus to Western Europe 1944 and repeated deportations to the Soviet Union. However, at the 2001 census, the proportion of Lithuanians was 83.5%, and the proportion of Poles (6.7%) was greater than the proportion of Russians (6.3%). 2/3 of the population lives in cities. The largest city is the capital Vilnius.

Population of Lithuania by Year (Historical)

Major Cities in Lithuania by Population

About 86% are Christians, 80% of whom are members of the Catholic Church, while 5% are Orthodox and 1% Protestant. Non-religious make up approx. 13%. There are also Jewish and Muslim minorities (Tatars).

Lithuania became Christian in 1396, when the king transitioned to Christianity. The majority became Catholics, while some went to the Russian Orthodox Church. Catholicism was consolidated through the union with Poland. During the Soviet occupation of 1940–91, the Catholic Church was a rallying point for national resistance.

The official language is Lithuanian, which is the mother tongue for approx. 3 million Russian and Polish languages ​​are found in eastern Lithuania.