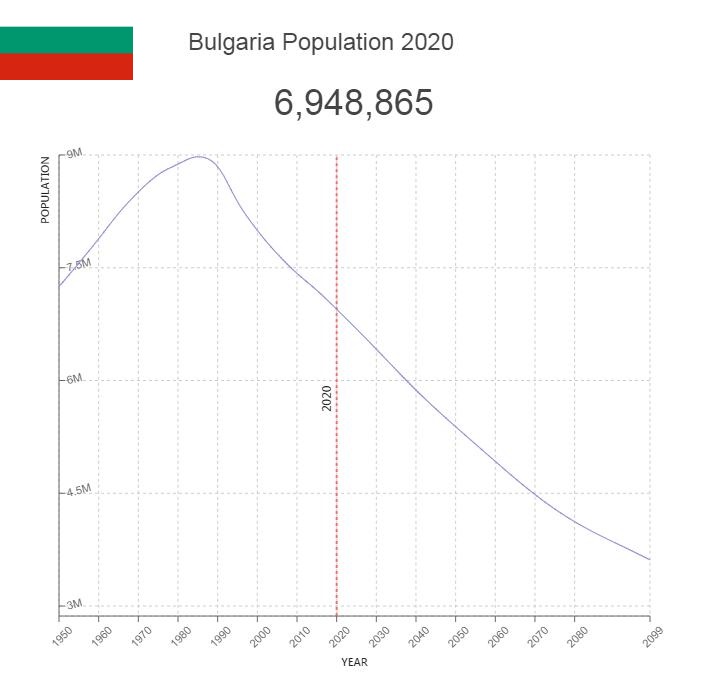 Bulgaria has had a difficult transition to market economy since the fall of communism in 1991. Despite improvement in its economy during the 2000s, Bulgaria is today the poorest of the EU member states. Major challenges related to corruption and organized crime. 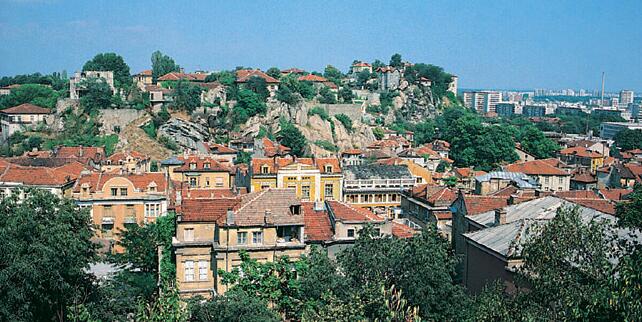 76.9 percent of the population are Bulgarians (2018). The Turkish minority makes up 8 percent and is concentrated to the northeastern parts of the country and the eastern parts of the Rodopi Mountains. Rooms make up 4.4 percent of the population. Also, there are smaller groups of Russians, Armenians, Romanians and Jews. After World War II, hundreds of thousands of Turks left the country. Also groups of Czechs, Slovaks, Russians, Armenians and Jews have emigrated.

The population density is 65.01 persons per km2, with relatively small regional variations. The most densely populated areas are the Donausletta, the Sofia and Maritsa basins and the Burgaslav land. The urban population has increased rapidly since the Second World War. The country’s largest cities are: Sofia (1,266,295 residents), Plovdiv (345,213 residents), Varna (335,854 residents) and Burgas (202,694 residents). 75 percent of the population lives in urban areas (2018).