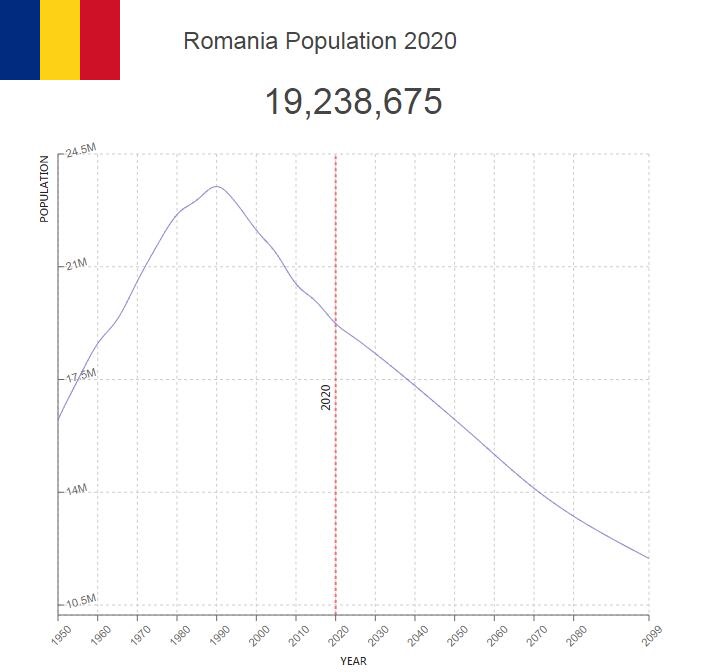 Romania is one of Europe’s poorest countries, struggling with high corruption and large social disparities. The country joined the European Union in 2007 and was hit hard by the international financial crisis.

In 2016, Romania had a population of about 19.7 million. Population growth has been negative since 1992 and the average age of the residents has been higher. Population consists essentially of Romanians (88.6 percent) but also Hungarians, room (gypsy), Ukrainians and Germans, and smaller groups of Russians, Turks, Serb, Tatar, Slovak, Bulgarian, Jews, Croat and others. 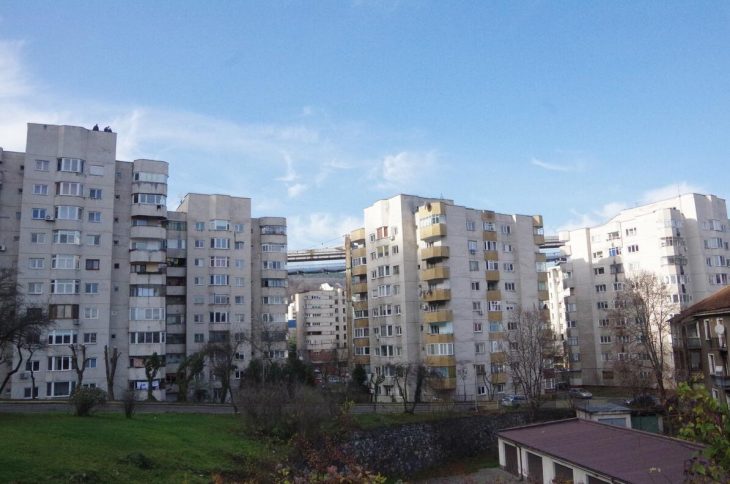 The population density is 75.3 residents per square kilometer. 54 percent of the population lives in cities. The largest city is the capital Bucharest with 2 105 000 residents (2017).

Population of Romania by Year (Historical)

Major Cities in Romania by Population

While national minorities made up a relatively large proportion of Romanian population in the interwar period (1930: 28 percent), the proportion has been lower after World War II. This is due to land divisions to the Soviet Union (Bessarabia and Northern Bukovina) in 1944, the wartime extermination of Jews and the subsequent emigration of many surviving Jews to Israel, and the emigration of the majority of the German population (approximately 200,000 emigrated between 1967 and 1989, approximately 100,000 from 1990 to 1995).

At the 2011 census, 88.6 percent of Romanians, 6.5 percent of Hungarians, 3.2 percent of Roma (Gypsies), 0.3 percent of Ukrainians, 0.2 percent of Germans, as well as smaller groups of Russians, Turks, Serbs, Tatars, Slovaks, Bulgarians, Jews, Croats and others. The number of rooms is believed to be higher in reality. The Hungarians (including the Sechles) are essentially in Transilvani a (Hungarian Erdély). In the two counties Harghita and Covasna in the interior of the region, far from the border with Hungary, they make up the majority with 85 percent and 74 percent respectively. The German minority has also been a resident of Transilvania (German Siebenbürgen), besides Banat.

The population density is 75.3 residents per square kilometer, but is unevenly distributed geographically. The highest is the density in Valakia, the middle and northern parts of Moldova and in parts of Transilvania, the lowest is in the Danube Delta. In 2016, 54 percent of the population lived in cities, compared to 20 percent in 1930. Up until around 1990, urbanization increased, after which the restructuring problems of the industry led to a certain decline.

The peasant population lives mostly in villages, many having thousands of residents.